Showing posts from July, 2016
Show All

How to sell yourself this summer.. 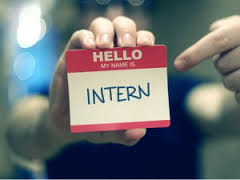 T he summer season is round the clock and it’s time for summer internships to enter the market. It’s time to enter the professional world. In all probability, you are readying to hit the job market, equipped with a degree or diploma, some no academic skills and perhaps a little bit of practical experience, gained through a short internship or summer project. But have you ever thought of making yourself a ‘Brand’, someone whom no recruiter can refuse to hire? A word explanation here. The concept of personal branding suggests that success comes not only from self-packaging. To be successful, you not only need abilities but also have to market them. In short, it’s not enough just to present a good bio-data. We present to you five ways to build your personal brand like a pro- Rock your resume- Your resume is supposed to be a self-marketing tool- not the introductory chapter of your autobiography. The purpose of the resume is to effectively communicate your assests in
Post a comment
Read more 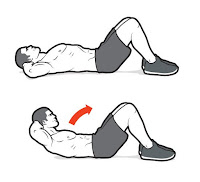 Hello guys. Hope all of you are doing great! This article is specially for all the fabulous girls out there. Flat abs are something which every girls desire. Every girl wants to put on their favourite crop top or their favourite bodycons but cannot wear it because of their bulgy tummy. But no worries girls. Get set and make yourself ready to shed those fat and get those frames. Here are few ways to get those flat abs :                     1. First and foremost, the most important thing is following a proper diet. A body’s shape and fitness level is 60% based on diet and 40% on workout. Cut down on all those fries, fats and sugar. Go for proteins, vitamins, fibre and low carbs. Eat a lot of boiled veggies and chicken. Drink green tea as it acts as an anti oxidant and helps curb cravings. One can find innumerable easy going diet charts online to follow for getting those frames. Here is a link for you guys and hope it will help you up. http://www.fitnessmagazine.com/weig
Post a comment
Read more 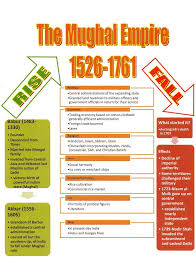 Shahi Buildings of India All the Mughal rulers except Aurangzeb were great builders. With the coming of the Mughals, Indian achitecture was greatly influenced by Persian styles. The Mughals constructed excellent mausoleum , mosques, forts, gardens and cities. The Mughal building show a uniform pattern both in structure and character. There is no doubt that architecture reached the pinnacle of its glory during the period of Shah Jahan. His period witnessed a glorious outburst of activity in the development of architecture. MAIN FEATURES OF MUGHAL ARCHITECTURE :  °VARIETY OF BUILDINGS : The Mughal rulers built magnificent gates, forts, mausoleums , mosques, palaces, public buildings and tombs. °SYNTHESIS OF PERSIAN AND INDIAN STYLE: The specimens of architecture creature under the Mughals have become the common heritage of both the Hindus and Muslims. It is a beautiful blend of Hindu and Muslim architecture. °DECORATIO
Post a comment
Read more
More posts