A Star Studded Thursday evening with the most talented RJ PRAVEEN and renowned Tollywood actor Prosenjit  Chatterjee at the book launch of ‘Ek Kahani Aisi Bhi’ a work by Future publishers and Distributors. 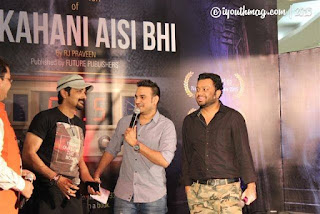 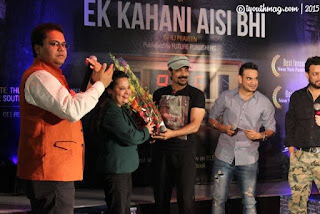 A crowd of more than hundreds of fans and well known personalities gathered in South city Mall on December 10th screaming and celebrating the book launch of the spookiest stories penned down by RJ Praveen and RJ Devankan, ‘Ek Kahani Aisi Bhi’ a series of ghost stories also recognized by the New York radio festival in the ‘best innovation’ and ‘best narration’ category.

The unforgettable Thursday evening started with a jazzy musical show hosted by Red Fm with an interesting contest to add on, merchandise to the winners and masti to the fullest which kept the audience bubbling and entertained. Rj Praveen made a mysterious entry with the narration of ‘Ek Kahani Aisi bhi’ from behind the curtains. His entry made everyone around spell bounded, his words like magic to the listeners and his personality was that of a legend, a combo of audio and visual with RJ PAVEEN first time on the stage made everyone go crazzzzy. 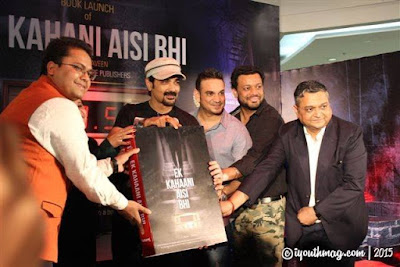 After a long discussion about the story behind a story of how the Future group got the amazing On Air show turned into a book entered the very dashing Prosenjit   Chatterjee, the chief guest of the evening who launched the book ‘Ek Kahani Aisi Bhi’ with the COO of RED FM Ms. Nisha Narayanan. The COO of RED FM and the entire team behind the launch of the book seamed over whelmed after the success of EKAB. The event ended with more than hundreds of fans crowding around Prosenjit and RJ Praveen, clicking selfies and taking autographs. A successful launch and a beautiful evening surely must have made everyone say EK SHAM AISI BHI. 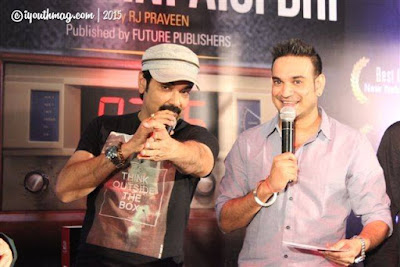