Kolkata 12/10/2016 -​ Nerdmeet 2.0​ is finally here. Slated for 26th and 27th December,​ 2016, at AG Towers, Park St, Mullick Bazar, Taltala, Kolkata, West Bengal-700014,​ ​the NerdMeet team brings you an event worthy of your nerdy hearts. From a host of activities over two whole days, ranging from panels to gaming competitions to showcasing the raw power of what PC gaming and tech can provide to comic debates and cosplay competitions. NerdMeet 2.0 is a celebration of the modern day “Nerd culture” and is easily the best way to end this year. 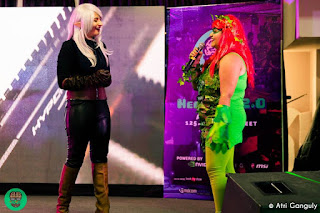 The team at NerdMeet has been bringing you similar events since it’s inception last year, 2015, with it’s debut event that was held on 2nd October at the Nasscom Startup Warehouse, Kolkata with brands such as Nvidia supporting the event. The event was an expected success which drew over 100 people. It was the first of it’s kind event happening in East India, an event driven by the community for the community.


Subsequently, the team also hosted NerdMeet 1.5 in January 26th to a crowd of 150+ people and have hosted several smaller events prior to NerdMeet 2.0 to build up anticipation for the main event and to give a taste of what’s to come.

This event is about laying the foundations of an up and running nerd community and it promises vistas hitherto thought to be next to impossible.

“We are thrilled to be able to reach out to the community and have it develop into such a big one since the first iteration of NerdMeet last year.” says Sumon Pathak of Techarx.in 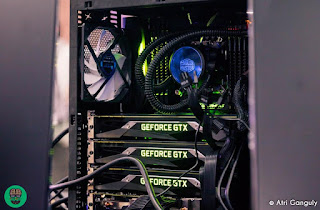 NerdMeet 2.0 plans to also set some records when it comes to showcasing hardware. This time it is bigger and better. We are showcasing Virtual Reality on HTC Vive​ and the Oculus Rift ​for the first time to several people. XRIG,​ Nvidia​ and Kingston ​have also teamed up to build a one of a kind computer that can power 4 sessions of Crysis 3 simultaneously. That is one PC with 10 cores, 128 GB of Ram and 4 (1070/1080) graphic cards. A PC to showcase the raw power of what PC Gaming is capable of. Elegance and sleek look is not to be missed of course, which is why we have the Project UMX build by XRIG ​and FoxMyBox.​ Project UMX is a ‘levitating’ PC case featuring tempered glass on both sides, a custom paintjob and custom liquid cooling. It is expected to be one of the best designed PCs in India.

With our mantra “Of nerds. For nerds. By nerds.”, we are ready to bring the culture of nerds into the spotlight in Kolkata and pan India. 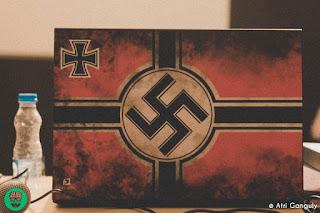