Let my country awake into the heaven of Freedom 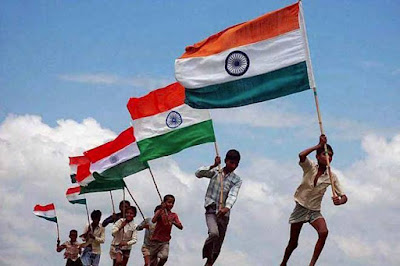 An open letter from a proud Indian to all humans:

As we mark the 72nd year of India’s independence, my heart swells with pride and honor to be a part of such a diverse and unique nation. This journey from a British colony to a democratic nation has been phenomenal. So many sacrifices and battles to recover the lost freedom of the nation, where all the countrymen stood together and struggled to liberate mother India from foreign rule.  Today is the day to remember our glorious past and rejoice in the free air.
But sadly also a day to reflect on our present, on how fragmented we have become. I do not see a difference between Maulana Hasrat Mohani who coined the words ‘Inqalab Zindabad’ (Long Live Revolution) and Bhagat Singh who proceeded quite cheerfully towards the gallows while chanting his favorite slogans like “Inqalab Zindabad” and “Down with British Imperialism”. Hindu, Muslim, Sikh and all other religions present then in India fought shoulder to shoulder in the Freedom Struggle. There was no difference then, then why is it now that we cannot see eye to eye. Religion exists to teach certain moral values and learn from the rich heritage, it does not teach hatred, it can never, it was created out of love for the humankind, a path of attaining self realization and virtue.

The partition happened due to certain reasons which is another argument altogether, so we will not touch upon it today. Yes, we are all patriots but that doesn't mean we dislike other countries. The bottom line is that borders just divide the land not us, its humans on both sides, humans capable of immense love and understanding.

And freedom, what is freedom, just liberation from a foreign rule is freedom? I think not! For me freedom is when each individual has the right to live according to their individuality, when nobody sleeps hungry or without a roof, when men and women are regarded as equals in all aspects, when humanity is the religion we all follow. That is when we will achieve true freedom, when all injustice , exploitation's , prejudices end.
I am teary eyed every time I see the national flag, it makes me want to be better and do better for this nation, for its people, for humanity, it is my dream to see us exist in a world of true freedom, where only love and understanding is the supreme power.

Change starts at home, I request all my countrymen to ignite the fire of revolution once again against the real evils, this time again for the country. And I firmly believe that when its about the nation, we will always stand as one.

It's not always about which side of the border you're on; but, which side of humanity you're on. Borders are mere lines. Humans are hearts and souls. We are all made of the same flesh. We are all one blood. So, from one human to another, here's wishing you a Happy Independence Day.