This movie has a lot of firsts; a first time writer-director with two debutants essaying lead roles. It takes a lot of courage and determination to make a film like this, which essentially rests completely on young, untested shoulders. But some people can pull it off with style, and the cast and crew of Chitra have proved that. This film manages to hold its own and brings to the table some new perspective.
The film starts with Neel (portrayed ably by Neel Bhattacharya) coming to visit his family in Kolkata. His uncle’s family welcomes him and he starts to navigate the web if relationships that exist in the house; starting from his brothers, their wives and their children. The one member who catches his eye is, his sister-in-law Chandrima’s sister, Chitra (played beautifully by Pujarini Ghosh).  They say fortune favours the brave, and these two lovers are brought together by fate, on a family trip to the North Bengal. However, those who are brave are often tested in the most difficult ways, and that is exactly what lies in store for Neel and Chitra. A perfectly planned trip and an unplanned but honest romance end with a tragedy. The family is torn apart, as the two are separated due to the circumstances, but they continue to fight for their love because some love stories need not be confined to mortal boundaries.
Apart from the love story, what really manages to becomes the heart of the film is the take on our society and societal values. The film takes a long, hard look at our warped value system and a culture of judgemental dos and don’ts to drive home its point. While the unfulfilled love story tugs at your heart, what really makes you sit up straight is the portrayal of the society. The way power manifests itself in interpersonal relationships as well as in politics, the gap between ideas and reality can be seen clearly. A culture which establishes a woman as a powerful Goddess is the same culture that refuses to acknowledge woman’s fight for dignity. Value systems are always markedly biased towards power and patriarchy. The handling of the social issue comes across as a very honest attempt from the director and his team.
Together with the refreshing and realistic portrayal of young, impulsive love as opposed to a much more restrained and age old oppressive tradition, Chitra navigates through the story with ease. The contrast within the storylines work very well. The locations are all beautifully shot, especially the ones shot up in North Bengal.  The actors play their parts well, convincing as they go about their characters arcs. Pujarini as Chitra is sweet and charming with nerves of steel. The plight of a woman wronged comes through beautifully through her eyes as well as the strength and will to fight back. Neel’s carefree charm and uncomplicated nature shines through refreshingly, as the actor breathes life into his character. The longing for a loved one adds to the flavour.
Music by Mohul Chakraborty is very soulful and deserves a special mention. The songs add the necessary seasoning to make this film work. The tunes are bound to stay with you even after you leave the theatre.Chitra is an honest effort and that is bound to win it some brownie points. It also throws up some names which are definitely worth keeping an eye out for.

In the end, all that is left to say is, Congratulations Team Chitra, we hope to see more from you, soon!

Take a look at the entire cast who were present for the premiere show. 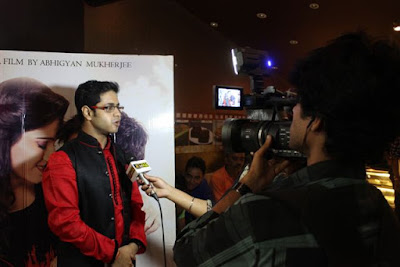 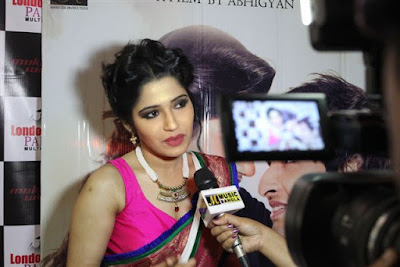 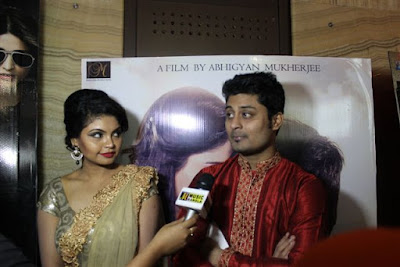 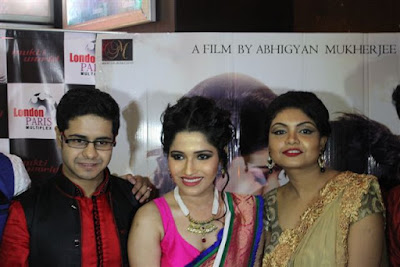 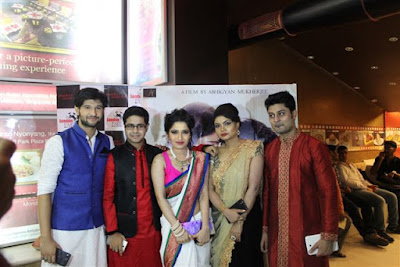 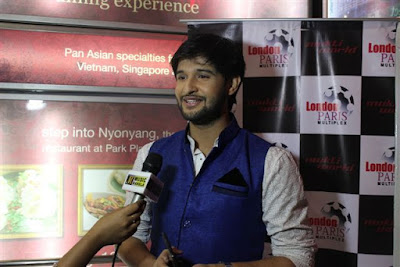 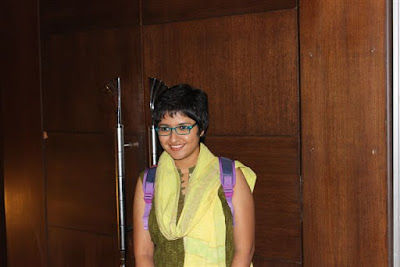 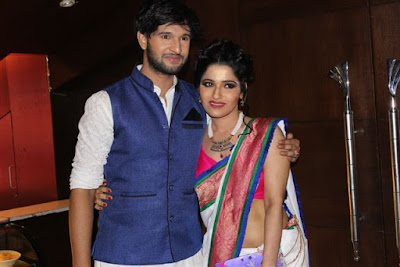