HERE ARE THE 5 TOP SNOW

CASTLES IN THE WORLD

Are you interested to do adventure? Want to be in close communion with nature’s exotic beauty? Then you should see the beautiful snow castles at least once in your lifetime. With stunning and mesmerising scenery and majestic citadels, these snow castles are difficult to be visited in winter. But they all are worthwhile. 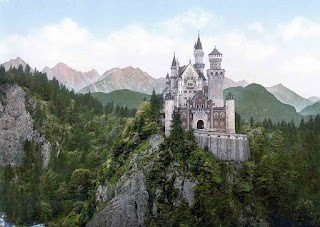 Initially built at the command of reclusive King Ludwig II as a private retreat, Neuschwanstein today is one of the most popular of palaces and castles in all of Europe. This castle is majestically built with several historical rooms. It is truly a visual treat! It is known as “the castle of the fairy tale king”. The setting of the castle is truly awesome!
However the harsh climatic conditions have a detrimental effect on the limestone facades which needs to be renovated properly over the next few years. 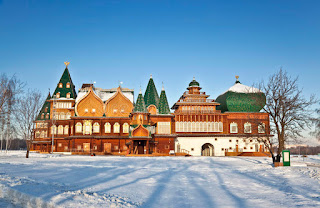 Originally built in the 1660s as a series of interconnected rooms, corridors, and porches, this wooden palace was later demolished. The whole complex was divided into male and female parts. The male part included ceremonial chambers, chambers of the Tzar and his sons. The female part belonged to the Tzarina nd to the Tzar’s daughters.  After the death of Alexei Mikhailovich, the palace was rebuilt.  In 2010, it was rebuilt by the Russian government a half-mile south of its original location, and today is a popular destination for travellers hoping to learn more about the tzar's life. 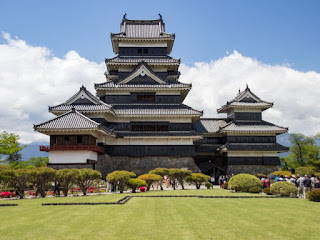 A "hirajiro," Matsumoto Castle is one of Japan's rare castle built on a flat area rather than a mountain or hill. The building is also known as the “Crow Castle” due to its black exterior. It was the seat of Matsumoto domain. It is located in the city of Matsumoto, in Nagano Prefecture. Reaching this place is also very easy by road or rail from Tokyo. It is also listed as the National Treasure of Japan. During  spring, the castle's blossoming cherry trees surround its moat and make it a popular place. 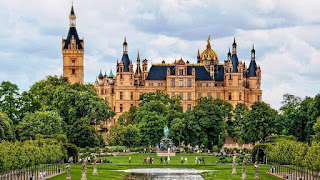 Situated atop a 768-ft. bluff in the foothills of the Swabian Alps, this picturesque castle is a popular tourist destination. This castle is the ancestral seat of the imperial HOUSE OF HOHENZOLLERN. It was completely destroyed in 1423 and a larger and sturdier castle was constructed from 1454 to 1461. Today nly the medieval chapel remains. The final castle was built between 1846 and 1867 as memorial by Hohenzollern scion king Frederick William IV of Prussia. 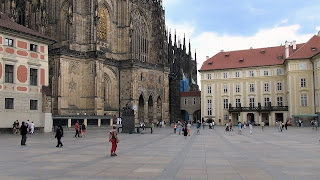 Also known as Prague Castle, this castle complex—one of the largest in the world—dates back to the 9th century and houses lots of precious cargo. Accoding to the Guinness Book of Records, Prague castle is the largest, ancient castle in the world. The castle belonged to the powers of kings of Bohemia, Holy Roman emperors and the presidents of Czechoslovakia. The Bohemian Crown Jewels are hidden in a room inside it.

Here are the top five castles where you can visit and see and experience something different. Are you ready to go for an adventurous journey?!