Is our world becoming dystopia? 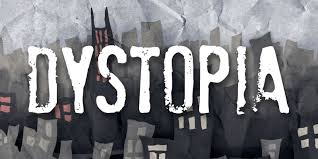 Definition of dystopia-“State in which everything is unpleasant or bad, typically a totalitarian or un environmentally degraded one”

Many of the greatest sci-fi writers have used their current times as the base to create some horrifying dystopia tales. This is because the world we live in today can just be as disturbing as a dystopian civilisation, from my point of view we are living in a
dystopian world.

There has never been a greater disparity between the rich and the poor. Just a mere one percent of the world’s population is closing in on owning nearly half of the world’s wealth. Everyone knows that you can’t trust the news anymore. Most of the biggest media houses are controlled or operated by major corporations and political parties, making the news just about as reliable as a ‘pinky swear’. Media only telecast those news which are beneficial or inn favour of their organisation, showcasing the reality through media is old school now days.

The continued use of cheap sources of labour being gathered from various underdeveloped parts of the world such as Asia and Africa is one of those facts that we should be ashamed of. Horrible working conditions and diminished wages are a result of wealthier corporations blatantly exploiting those in desperate need of anything positive in their lives. MNC’s are on a roll, which help the companies of the developed country get labour at a very cheap rate from the under developed country or developing country like India. This helps to degrade labour at developing and under developed country further creating a gap between the rich and the poor sections of the economy.

Data mapping is one of those problems that did not exist a decade ago but could possible grow into becoming our biggest problem ever. There are companies that rely on reading your mails and messages in order to create specialized advertisements that you do not enjoy. Not only is this entire process invasive, it is also counterproductive and it does not look like anyone is going to stop doing it anytime soon.

We are busy watching TV, movies and sports on our home theatre systems that we don’t notice what is going on right under our noses. Surveillance CCTV cameras are popping up everywhere now days. We are always under someone’s eyes as if we are being watched, as if we are being said to act in a way the government want us too just like in the movie “Maze runner”.

Our news is filled with lies, omissions and propaganda. Some news stations have crossed over into entertainment where the masses are distracted by hearing all about the hook up’s and break up’s of celebrities.

We are in a perceptual state of never ending wars with other countries. When the government tyranny rears its ugly head-like with the enactment of say patriot act, people don’t protest because most people don’t care. After all, the patriot act sounds like it’s patriotic.

So yes we live in a world where “dystopia” is at power.