In continuance with Srijan’s tradition to enable the student community to benefit from the latest trends in the employment market,a Big Data Analytics workshop was organised in association with HT India Labs.The workshop aimed to impart a fundamental yet hands-on understanding of Big Data & the challenges associated in working with it. 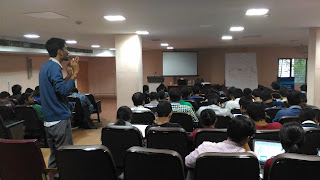 The hype around Big Data has been a global affliction of late. In 2013, Harvard Business Review tagged ‘Data Scientist’ to be the ‘Sexiest Job of the 21 st Century’, while in 2016, Glassdoor has nominated ‘Data Scientist’ to be the ‘#1 Job in the 21 st Century’. And so, we at Srijan, consistent with our objective to bring the best and relevant topics into the students’ foray, thought it prudent to  jump onto the Big Data train and get a glimpse into the nuances of the Big Data and why it is the current frenzy amongst employers. 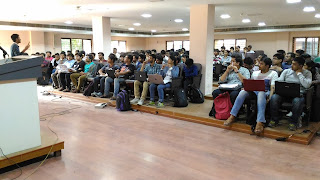 The workshop which was spread over two days of eight hour sessions each saw the enthusiastic participation of more than 70 students, who sacrificed their early morning sleep on weekends to gain insights into the whole Big Data thing. Armed with their laptops, they sat engrossed absorbing the inner workings of the Hadoop framework and how that helped in scaling of systems spread over thousands of servers. Overseeing the whole exercise was an extremely affable and competent instructor from HT India Labs who made sure the intricacies of complex sounding names such as MapReduce and HDFS were as clear as day through the combined use of slides, whiteboards and personal hands-on doubt clearing. 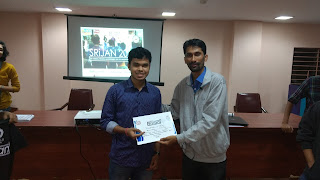 Nearing the end of the session, an evaluative quiz was conducted to gauge the students’ fluency with the newly learned tools. The quiz consisted of 10 questions, and 3 programs which had to be tackled working as a team of eight. It was thrilling to watch the best brains fight it out and code their way to glory with the rivals just seconds behind as far as code execution goes. An extremely close contest it was, and amongst the 80 odd students, the deserving three won the certificates of special mention. Not only that, the three finalists were also given official Srijan t-shirts, bragging rights deservedly won. Not to disappoint others, all the attendees were given participation certificates which would be a great addition to their CVs.

Overall, the experience of hosting the workshop has been a thoroughly enriching experience for the organisers at Srijan, and equally insightful and enlightening to the attendees who found themselves cognizant about the latest trends in career opportunities in Big Data Analytics, not to mention with a working knowledge of requisite tools of the trade. 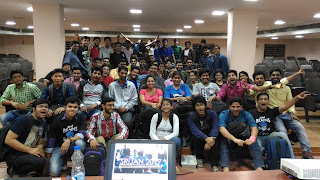