- February 13, 2017
As I walked through a hilly road
I met a beautiful traveler
She stood stagnant, constance in her eyes
As I passed I heard a few distant cries
Tempted was my heart when I saw her
Forced were my legs when I approached her
Red were the lips of the feline, her guard kept lowered
Crimson was the inner gem, penitent and in hibernation
Her hair curled to perfection and danced with the leaves
Her eyes claimed solitary, her slender touch calmed the breeze 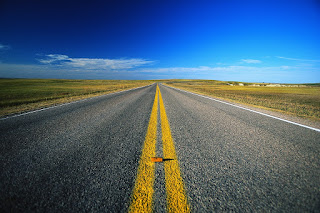 I stood petrified, confused and mesmerized
She, in meditation kept looking towards beyond
As I neared, my approach recoiled back
My fingers yearned to embrace, her skin did attract
As the wind lowered, the cries came back
Her expression showed despair, highlights of a test
The girly lips spoke silently, searched for a new quest
Watching her slowly, my eyes did creep
Reading her closely, the beats did skip

Confusion did strike, as a blink did go by
I held her quickly without even giving a sigh
The stranger did die, the traveler did awake
It was a sudden slap I almost had to take

Astonished she asked how I dared touch her
Her eyes now called the panther, the feline did back off
My lips still bore the feel as her kisser
His mind proved a preying listener, the predator slacked off
The surprise separated us, me on a different side
Yet I couldn’t let it stop, I refused to let it slide
The passion was too great, her eyebrows did rise
Her dusky eyes did surrender as my lips gave another surprise
Of the sudden wrong, each of them had a part that knew
With the heated fury, every question the growing temptation slew

Within hours of loneliness, two travelers grew close
In light the darkness did choose to expose
In the end two souls sat having gifted one another
He gave her another fond memory
She showed the side that was dark and unruly