- August 02, 2015
Video games in the 1990’s was the best decade of gaming ever! The silver age of gaming was aiming towards to better graphics that reached to 3D, brought new competition towards game developers like never before, variety of games for all ages, and the gaming culture boomed to stardom. I certainly do not remember what 1990 was like, since I was just born, but judging by the history books, everyone still had their mind set in the 1980’s as the fads, fashion, and 80’s music is still around and live back then. Regardless, 1990 was already starting it’s era when Sega advertised the Sega Genesis “Sega Does What Nintendon’t” and since then, it became a whole new generation of video games. Gone where all those times of having the best graphics on arcades as 16-bit finally gave us that opportunity to play at home, Nintendo was no longer in the comfort zone in remaining on top, and the birth of the console wars has started its popularity. These are the best games of the year 1990s!

(1)  Splatterhouse
Nevermind the fact that the game has taken game design inspired by the likes of Friday the 13th, you have to appreciate that this is the one horror game that got it right. Horror games before Splatterhouse were all adaptations from horror movies and we all know how terrible they were on the NES. Splatterhouse’s progression is just really massive as the animation quality loves to show the audience gory violence, haunting imagery, and atmosphere that even gets me start having goosebumps, that’s really something to say about the game. Now there are scarier games out there, but back in the late 1980’s/early 1990’s, this was terrifying and it was the only one available for us gamers. It’s one of those titles where you have to appreciate the originators because they’re responsible for what you have now today (and sadly, a lot of horror franchises when downhill and fast).

(2) Final Fantasy
Final Fantasy is a big franchise; everybody knows that. However, the original Final Fantasy is far from being the best RPG on any list. Interesting that this was supposed to be Square Soft’s last game, its sold successfully that it save the company, and now the company does nothing but RPGs. However, the first game made it on the list for being that different RPG that revolutionized the turn-based combat system that RPG’s are famous for. You can pick a combination of four different characters out of six types of classes that gives you all possibilities of how to play the game. Because the story is pretty scantly told and all of the characters are blank as a sheet of paper, you can just use your imagination and make up your own stories, which is what a real RPG really is about. Games are missing the purpose of stimulating your imagination as every game in existence just give you the image and graphics to do it for you. Although the sequels are better by many, but it’s the simple fun of making up the game out of your head and so many ways to play the game, it earns this spot! 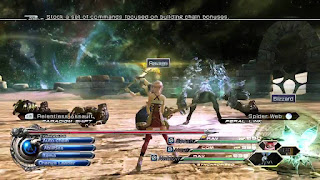 (3) Military Madness
For all those who loves Advance Wars on the Gameboy Advance, take a look at the game that originated that gameplay, over a decade before Advance Wars even existed. This is one of the many reasons why guys love the Turbografx-16 for it gave them gameplay like no other 16-bit game has ever offered. Military Madness was such a revolutionary title for it was one of the original turn-based strategy games ever outside of the computer. The player and the enemy CPU has their own fleet and the goal is the use their armies in the battlefield to destroy the base and the guards/soldiers/crafts that protecting the base while you have to do the same. Now if you’re coming in this game like another classic strategy game, be surprised because that units cannot be produced, but the Allied-Union forces could “capture” enemy units if they were in factories, or find unsecured factories and gain units from them. Now strategy games now does the producing units, but military madness balanced it all out from having too many units on the battlefield. Without this game, who knows where would strategy games be at today. 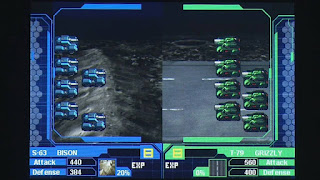 (4) The Terminator
Why can’t there be more good Terminator games? I mean, they’re still making fantastic Star Wars games today and I think that Terminator deserves to be a great franchise for video games as they has so many horrible games using the Terminator license. Well, after only a few good Terminator games, this is one to find out of the garbage pile that’s worth keeping. Believe it or not, this is perhaps one of the innovators of the sandbox and the first-person shooter genre taking what was left from the classic PC game “Mercenary” and expanded it to a whole new level. Like GTA, you’re able to hijack cars, travel anywhere you want in this expansive world, kill any person (civilians included), and everything else that make you feel like a terminator from the original movie. For being such a forgotten innovator, why only place it this low on the list? Well, today, you really have to be really patient with the game as it has the worst frame-rates ever and the gameplay is incredibly slow. So slow in fact, that ruins the enjoyment. It’s one of the big downfalls of really old computer game classics, but for being such a surprise that a game existed in the year 1990, it has to be on the list. 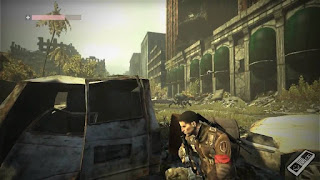 (5) Mega Man 3
This games is more (not less) of a refinement of Mega Man 2 as it took all the flaws from the second game and made it better. Mega Man 3 introduces new gameplay elements such as Mega Man’s canine sidekick Rush and the ability to slide along the ground, which lets the player slip under enemy attacks and low-level barriers. It’s was a top-notch game as it offered robot masters that are superior over the last two games (Magnet Man, Hard Man, Top Man, Shadow Man, Spark Man, Snake Man, Gemini Man, or Needle Man). However like every Mega Man game, guys always hold it back because of its high difficulty and repeated push-back whenever you get hit. Other than that, this was a huge installment of the series, regardless of its faults. 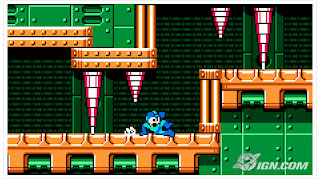