- September 21, 2016
Kolkata witnessed one of the most Exclusive Theatre Festivals of 2016, 2nd Annual Theatre Festival Rupatsav 2016 by Rupakaar. The festival was conducted between 12 th to 16 th of September 2016 in Jogesh Mime Academy and Tapan Theatre. Theatre groups like Kaktaliyo, Natya Srote, Dhulikona’s, Kolkata Romroma performed in this festival, giving the festival a whole new level altogether. 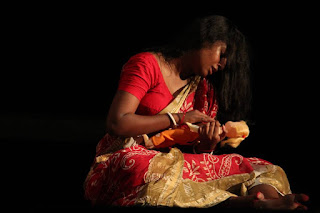 The Festival also included plays of directors like Debaditya Mukhopadhay, Swarup Chanda, Saikat Bhowmick etc and other known theatre groups like The New Sense, Dayebaddha, Dokhinner Batayon etc. The crowd response for all the 6 days were remarkably noticeable, people from different age groups made the crowd more lively. The crowd response also was no doubt better than the other Theatre Festivals of the town. The wide amount of interest among the participating groups and the crowd also made the show very interesting, Ms. Shitala Basu, an aged lady from the audience also talked to us. In her words she described the difference between the theatre performances of the past and the modern time, she also said that she is happy to see these bunch of young people’s effort to keep the theatre culture alive in Kolkata. 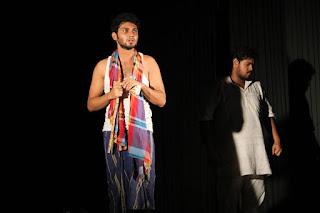 Though all the performances were very balanced and rich in quality but still “Bhashan Dada”by Dhulikona’s &amp; “Kaler Darpan a Krishnaa” by Debaaditya Mukhopadhay deserves special mention. Recitation by Juin Dey, Bithika Halder &amp; Gourav Mondal also enriched the cultural matter of the show. The organizers are very happy with the turnout of audience in the show and they are planning to havemore Festivals in future which they promise will be greater in magnitude. 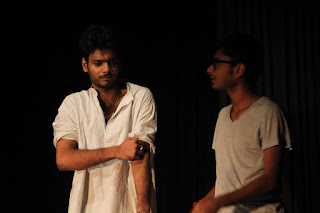