What Daniel Fernandes's Shadows Is All About 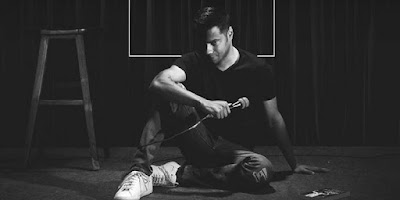 I walked into Terna Auditorium on Sunday Night expecting a special set by a comedian I had seen perform live on a previous occasion and had seen videos of on YouTube. Daniel Fernandes went above and beyond that. At the outset he cautions the audience, that his self admittedly social commentary centred style of humour that has gained an instant association with him would not be a feature tonight.

His piece is a reflective one, touching upon self-doubt, his journey of self-discovery, his moment of truth and his foray into comedy. He discusses at length the various paradigms and notions of success that pervade society without sounding preachy. And how while non-conformity can be a lonely place, it isn’t the worst.

Fernandes’ takes on the mantle of a voice in our head and says everything that naturally occurs to us but social conditioning prevents us from expressing vocally.
Through an anecdotal and a canonical sense of humour, he narrates his evolving lens on law and order, politics and the economy while taking us through a drunken night in his neighbourhood and other colourful tales nestled in awkward corners of his memory.

Whilst being his opinionated self, Daniel doesn’t take himself too seriously and expects the same from his audience. This was made evident as well when a three-and-a-half-year-old girl merrily browsed on her mother’s smartphone in the front row as he simply marvelled at how kids today are spoilt for choice today.

Before you know it, Daniel opens up his closet of dark passengers that co-exist in his stream of consciousness. He doesn’t shy away from exposing the demons in his head, introducing us to an absurd banter between his mind and him, and the constant conflict of interest that exists among the two. Flaunting his vulnerability unabashedly he goes as far as to give you a first-hand account of what it was like at his lowest ebb. Additionally, he chronicles the gravity of being diagnosed with and the subsequent label of a mental illness. Needless to say, the audience is catapulted into the vivid vision of the substantial struggle that an individual goes through in accommodating and living with this knowledge.

While in this day and age public personalities talking topics that are gaining traction socially and personally is a mainstay globally, however it being India done in the same capacity at a stand-up gig is a rare sighting.

Fernandes’s genius lies in making people laugh about the inanest things and in the process breaking an invisible wall of prejudice that surrounds issues that are somewhat taboo in society at large and not experienced by most wherein he uses his medium as a catalyst to effectively ease the discomfort and ambivalence that blurs our vision and limits our understanding of murky matters as such. Something, other artists, especially his contemporaries should take cue from.
Daniel has flittingly navigated through the grainy, dank and bizarre, and as the show comes to an end instead of letting the weight of his subject matter bring him down, he soars as he bids farewell on a note of eclectic optimism.