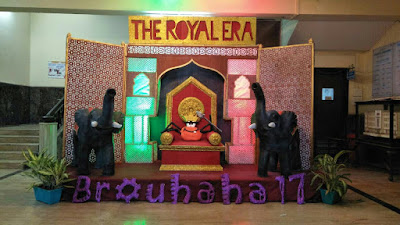 The annual cultural festival of Sydenham College of Commerce & Economics, Brouhaha, in collaboration with The Spartan Poker.com, was held from 12th to 16th December 2017. Known to attract the best student talent from across Mumbai, Brouhaha'17 has officially completed 32 years. Dedicated to the celebration of creativity, the theme for this year was The Royal Era - an opportunity to re-live the ancient royal age wherein all the ancient kingdoms would be on the same timeline.  The Principal, Dr. Manoj Bhide, delivered the inaugural address. He described the significance of performance and art and its correlation with various aspects of life. And with this the Royal Era commenced. 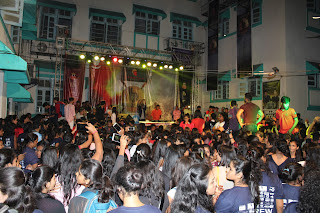 The royal extravaganza witnessed a massive footfall of students excited to a glimpse of Ali Merchant, Kunal Singh, Ajaz Khan, Jay Weather who graced the occasion and interacted with their fans. The crowd was also entertained by the upcoming laughter champions, Abhishek Walia and Nitesh Shetty from Great Indian Laughter Challenge.

Students from all over the city displayed extraordinary zeal & enthusiasm while cheering for their teams in the dance & singing and many other competitions. The first two days saw various colleges competing for titles in sports events followed by next three days of literary arts, fine arts, performing arts and management world. 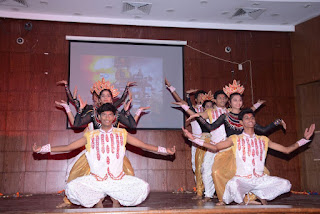 The highlight for the year was the Men's Physique competition, judged by none other than Vinayak Patil & Wahid Bamboowala. Continuing the trend, Radium Cricket, War of DJs, Street & Fusion Dance remained to be popular amongst the crowd. The title sponsor for the fest, The Spartan Poker.com made the fest more exciting with their amazing offers for the visitors, and goodies and cash prizes for the winners. 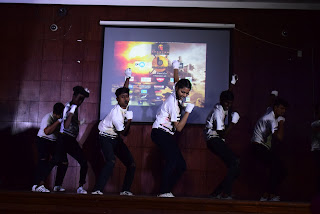 K. J. Somaiya College was announced as the over-all winner for the year. The glamour quotient was maintained by the Fashion Show and B.L. Amalani College proved its mettle by securing the first position. Brouhaha'17, an Elite Kingdom was filled with enthusiasm and fun quotient with competitions in the field of sports, dramatics, dance, film & photography, music, debating and creative writing, and informal events with a quirky and royal twist for five days. 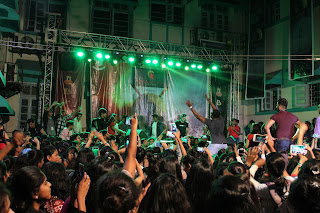 The event concluded with a power packed performance by Rahul Bade aka DJ Rabinik . Dr. Khushpat Jain, Prof.-in- Charge congratulated the students & teachers for their contribution in making Bruhaha'17 a memorable success. Organised and managed by committee of 200 students, Brouhaha'17 was able to create the Magic of Royal Reign!