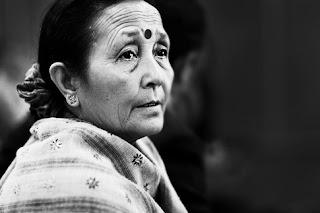 November 2010, Demi Moore stands tall as her speech in the CNN Top Heroes Award makes the audience break into a huge applause. But not she but a frail Nepalese woman walking confidentally up the stage makes the audience's eyes moist.

Anuradha Koirala, a visionary, a teacher, a winner of the CNN Top Heroes Award. And a lot more, Anuradha is responsible for freeing no less than 12,000 girls from the clutches of sex trafficking.

Globally, sex trafficking figures show a dismal scenario. Minimum of 20.9 million adults and children are bought and sold worldwide into commercial sexual servitude, forced labor and bonded labor, according to figures stated by equalitynow.org. Among these 98% are recognised to be women and about 6-10% are reported to be trafficked in lieu for sexual exploitation.

The situation is no different in India and Nepal. Human trafficking between India and Nepal is one of the biggest and busiest route. About 5000-10000 women are trafficked every year. This is where Koirala took a stand and created an NGO to help these girls get a simple and beautiful life.

She founded the Maiti Nepal in 1993. Maiti in Nepalese means mothers home and just as the literal term means, the reality says the same. A place crusading to protect Nepali girls and women from crimes like domestic violence, trafficking for flesh trade, child prostitution, child labor and various forms of exploitation and torture.

It is a home for these girls who get to see life in a different way. They learn different activities there and try to make their own way through these big, bad, funny world. These women treat Koirala as their mother and rightly so, she deserves every bit of it.

A home which started a small endeavour of beautifying the lives of these women and a stop he hineous crime has now become huge die to out Wonder Woman's dedication and commitment. It is home to thousands of girls and has 3 prevention homes, 9 transit homes, 2 hospices and a high school today. Recognising her amazing work, Nepal government has chosen September 5th as Anti-Trafficking Day. 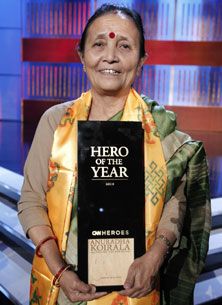 Between 1993 and 2011, she and her organization have helped rescue and rehabilitate more than 12,000 women and girls. Maiti Nepal also works on reuniting the rescued women with their families, patrolling Indo-Nepal border with police and other law enforcement authorities and also rescuing trafficked women from the brothels in India with the help of Indian authorities.

When Moore gave away the award to her, she also couldn't help but shed a few tears of joy. Saluting this super woman and hoping her footsteps will lead us to a better world for our women.