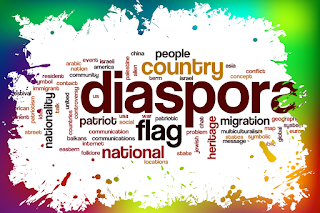 ” The Indian Diaspora is a wonderful place to write from and I am lucky to be a part of it.” ---this is a famous quote by Kiran Desai and it reveals her idea about the Indian Diaspora which is of major concern in the modern times. “A journey once begun, has no end.”, can be appropriately used to describe the blooming Indian English writings. Indian English Literature refers to the different works written in English by the Indian writers since the British period. English is a foreign language but since the British came to India, this language has played a vital role in many aspects and its impact is wide. 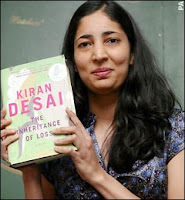 Diaspora refers to the communities of people who live far away from their homeland and this state of living away has a negative impact on them both mentally and socially. A sense of nostalgia emerges within the diasporic community and there is a strong desire to return, which is often called ‘home consciousness’. Diasporic literature deals with these issues which has laid an impact on the readers. Indian Diasporic Literature in English is the second largest diasporic literature after the Chinese literature. The diasporic Indians suffer from a hybrid identity and its root cause is home-consciousness. It leads them to search for their roots and they often pen down their personal perspectives and experiences. They suffer from discrimination and loss of self in their new homeland and they try to retrieve those through writing.

Human dispersions and formations of diasporic communities are integral to the process of colonialism. This is the scattering of colonialised subjects from their original lands to the colonial metropolis. However, many people were simply displaced during colonialism from one part of the colonial periphery to another like the dispersion of slaves and labourers from Africa and India to colonial plantations like the Caribbean islands. 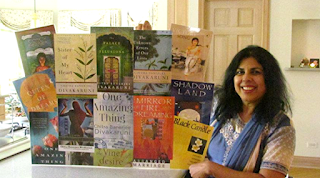 Amitav Ghosh, the Indian diasporic novelist describes in detail how these labourers were gathered from various parts of India and then shipped to distant lands to work as bonded labourers, in his ‘Ibis Trilogy’ (‘Sea of Poppies’, ‘River of Smoke’ and ‘Flood of Fire’). The ancestors of the Nobel Prize winning author V.S. Naipaul migrated to Trinidad from northern India to work in sugar plantations and in various writings of Naipaul we get a vivid glimpse into the ways of life of diasporic community of Indians that started taking shape in the Caribbean from nineteenth century.

Women were not absent from the colonialist activity and they always played the role of either a traveller or writer and diary-maker. However, they could not come into prominence like the male members. Nevertheless, after several struggles and movements, women writers were given importance. With the passage of time women diasporic writers are becoming popular and the readers can broaden their knowledge about this concept through their experiences shared in the novels. 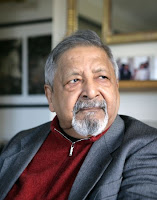 Prominent women authors like Anita Desai, Kiran Desai, Jhumpa Lahiri and Chitra Banerjee Divakaruni have excelled in interpreting the cross-cultural dilemma and the social and psychological impact on them and on the diasporic community at large. Women have made a great success in the field of writing and one of the reasons behind this is the liberal western world, especially America, as said by Divakaruni-- "Had I lived in India, I would have been expected to get married, raise children and pursue a career -- if at all -- that was not very demanding. Of course, women writers have succeeded in India but the struggle there is far bigger than the one here." Hence, we can note that culture and societal setup can still act as a hindrance for writers, especially women.

Diaspora is not only an emotional journey but also a psychological and historical one. Individuals belonging to the first generation of the diasporic community are more affected by this than the second generation. In one of her interviews, Jhumpa Lahiri has pointed out that she had to struggle with her dual identity, that is a Bengali(Indian) and an American and she said that she has no language and culture of her own. She was not born in India, but she always felt attached to her roots in Kolkata, India because she heard many stories from her mother and always craved to visit the place. However, her children are not facing the same problems…they do not suffer from identity crisis and a sense of loneliness.

The multiple flavours of diaspora and several other themes are equally prevalent in the works of Lahiri, Desai and other writers of the diasporic community. A close reading of their works can create an impact on the readers mind and they are bound to think about it for a considerable amount of time, hence they are encouraging social reformation as well as individual reformation through the remarkable novels.