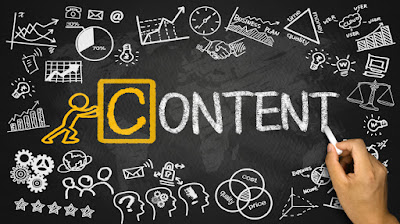 Content, as per basic definition is a form of communication of ideas, as well as a medium with which thoughts are also expressed. However content over the years has become much more than just a news article. It has become a basis for the creation of the future as well as the documentation of the present.
In the initial times, dating back centuries to the prehistoric age, content began as simple yet significant signs and symbols. The simple and complex words that we know today, ranging through hundreds of languages were once sets of singular drawings. The form of content back then, though may seem complicated to us now because of how we know it to be organized, for the Neanderthals it was fairly basic. As time went by, it fell on the next line of civilizations to curb out all the forms and feature the finer works. With time therefore, civilizations like the mayans and romans helped content move from the confines of just being physical print, such as monumental statues and monuments, paintings, poetry and theatre.

However, as everything evolved, so did print; and it went from just being physical to being virtual as well. The age of digitization brought us hope for newer and more varieties of content, while opening doors to more types as well. Content now is not just a sign giving you directions, nor is it just an article explaining about a particular product or commodity. Content nowadays points to anything from a simple message to your lover to a dialogue being said in a romantic film.
However content in it’s basic right is still the same, wherein it is used to communicate. An ad showing a woman dressed in a red, satin dress with black heels expresses the importance of beauty, and contrast along with style quotient on the side while mainly highlighting the handbag and it’s brand, which the ad is about.

As content has grown, so has it’s potential, but also with it are people’s expectations. Whether it’s a story or an article, nowadays we live in a very paradoxical paradigm. Simply put, with rise in economy, segregation has risen to a fair absolute. For example, films with valid and valuable content don’t necessarily do well while more “commercial” films gross worldwide. Similar is the case in the world of journalism, especially when it comes to half the stories we get regarding celebrities.
The fascination towards having content based on community standards and wishes, while brings business, tampers with the art itself that is about quality and not quantity. That is the inexplicable hardship that we face in the world of content today. Content being dependent on societal factors start creating a factorial of problems; from pg outrage to religious carthage.

SIMPLE YET SO COMPLICATED

People ask me all the time, how to make good content? Just like how crying over spilt milk is an excuse, so is writing content that has no intent at all, because there are people who like no-brainers. What I am trying to say here is that if you want to make good, quality content, you have to stop entertaining excuses. Don’t get yourself to make content that the audience wants to eat, get the audience to eat the content that you make. Sounds easy but is ever so difficult you’ll say? Yes, I know.

Someone recently told me that you can’t “get the audience” to do anything, they are king. I completely agree, but not to forget that in a kingdom, it is the job of the ministers to get the king to see truth, and what’s best. To some that has happened with modernization. However like every issue, modernization has but initiated change, not fulfilled it. To make that change we must put aside any central beliefs that we have, as the creators as well as the audience towards the upcoming creations. Work hard, at the same time follow certain regulators. Create new, innovative content which give the audience what they want, made and mustered in a quality way. Basically guys, take the shitty story but tell it right.