The History of Calcutta - Episode 3

The History of Calcutta 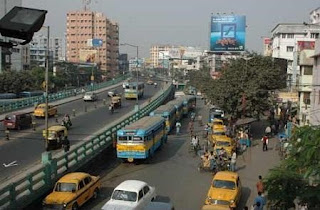 Once Ballygunge was known for the residences of rich and the aristocrats. It is rare to find that one does not know the names of Ballygunge Science College and Ballygunge Police Post. Ballygunge is bounded by Park Circus in the north, Dhakuria and Rabindra Sarovar in the south, Bhawanipore and Lansdowne in the west and Kasba in the east.

So how did this name come into being? The question follows an awkward silence. No one can say anything specific or even remotely relatable. Whenever we speak of Tollygunge, we resonate the name of Major Tully. But when we speak of Ballygunge, nothing of that sort passes our mind. But Sukumar Sen has progressed to an extent in this case. He has said that, the names of Tollygunge, Watgunge, Orphangunge and Ballygunge have been derived from the names of four famous Britishmen who have served for the Company in the pre-Independence period. Tollygunge has come from the name of Major Tully, who dug the 'Tully nullah'. Similarly, Watgunge has come into being from the name of Robert Clive's assistant general and engineer Watson. But the man behind Ballygunge's etymology was beyond the reach of Mr. Sen.

I had to search a lot for this. While searching, I stumbled across 'Kalikata: Ekaler o Sekaler' by Harisadhan Mukhopadhyay which bore the name of some William Butterworth Bayley, who was the Governor General of India for only six months. 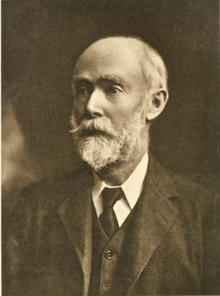 In March, 1828, Lord Amherst completed his tenure as the Governor General. His successor Lord Bentinck was late for six months to reach Calcutta from London. This interim period was looked over by William Bayley (pic: left). He resided in Beldevere Road's Governor House, Alipore, which is now the National Library. He was a dedicated and loyal servant to the East India Company who came to India in 1799. He was well versed in Hindi and Persian, and he not only joined as a clerk in the Governor's Office but also appointed as the translator of Persian to the Governor. He was made the Judge of Burdwan Civil Court in 1817. He won over Malcolm, Elphinstone, Adam, Metcaffe, Jenkins and others to adorn the post of Governor General in 1828, though for only six months. Calcutta has avenues or squares for all Governor Generals – Dalhousie Square, Hastings Street, Bentinck Street, Wellesley Square, Cornwallis Square etc. Is it then 'Bayleygunge' degenerated to 'Ballygunge' now?