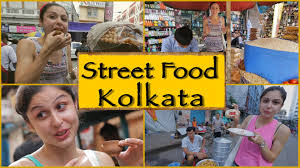 Street foods,ready-to-eat food or drink sold in a street or other public place,such as a market or fair,by a hawker or vendor,often from a portable stall,have variations within both regions and cultures. Kolkata or former Calcutta is the heaven for foodies and especially for people with a sweet tooth. Serenaded by the constant stream of honking,food traffic and hawkers,there is nothing better than biting into a tasty snack followed by a clay cup of chai.

Small fried fish were a street food in ancient Greece,however Theophrastus,a Greek native of Eresos,held the custom of street food in low regard. Evidence of a large number of street food vendors were discovered during the excavation of Pompeii. Street food was widely consumed by poor urban residents of ancient Rome whose tenement homes did not have ovens or hearths. Here chickpea soup with bread and grain paste were common meals.

SOME FAMOUS STREET FOOD IN KOLKATA :-

JHAL MURI : It is one of the most famous and omnipresent Bengali street snacks in Kolkata. Nearly wherever you look,you will find a vendor selling jhal muri. A bengali adda in the park is incomplete without jhal muri! 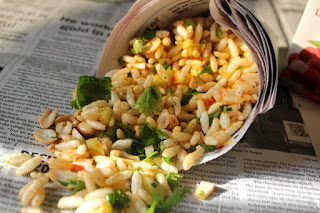 PHUCHKA: The King of Kolkata street food - From Tollywood celebrities to common people, phuchka is the hot favourite of every individual. Everyday ,especially in the evening people line up for these tangy mouthfuls of heaven! On the other hand,churmur is simply heavenly with tangy masalas,tamarind pulp ,mashed potato and broken papris. 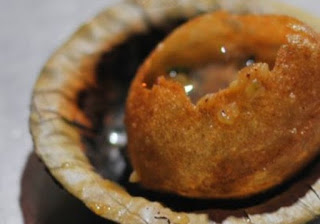 ROLLS: Rolls are one of the mouth-watering street foods in Kolkata. Did u know the now famous 'kathi rolls' were first invented in Kolkata? 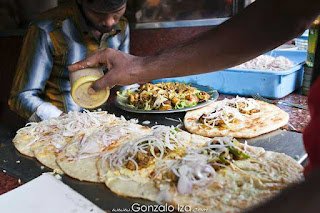 CHOWMEIN AND OTHER CHINESE FOOD : Once home to nearly 20,000 Chinese has now drastically declined in number. However,it has not lost its food culture yet. Authentic Chinese with all the traditionally cooked food lures people from all over, especially during the Chinese New Year,when the place (China Town) is decorated with Chinese hangings and little dragons on the shops and houses. 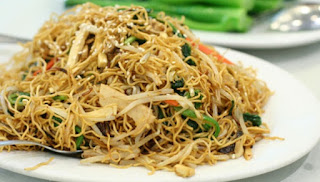 KOLKATA'S BIRIYANI: Not only in the famous restaurants but also in almost every roadside food stall biriyani is available throughout the year. The Kolkata biriyani is rich in taste and flavour and it can easily beat Hyderabadi biriyani! 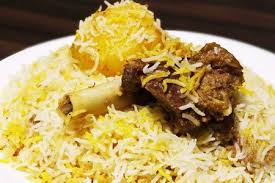 Apart from the above mentioned street food,you will get Tibetan cuisine,kochuri or radhaballavi,samosas,mughlai paranthas and many other items which would definitely excite your taste buds. And yes,do not forget to taste Kolkata's very famous rossogolla! So, eat whatever your heart wants but do not forget to keep your body fit and healthy. Bhalo khaan o bhalo khawan!