Taylor Swift's 'Not So Swift' Battle for Solidarity. "Take something to Capitol hill or actually speak out about something and then I'll be impressed." 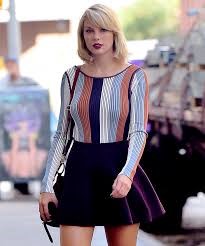 In a world of raging feminists and humanists, an eerie silence has taken over. All for the one woman, an icon to so many young girls, who has remained silent for so long. If you still don’t know who I am talking about, then let me tell you: Taylor Swift. Ring a bell? Didn’t think so. Her life has always been a topic of discussion of late, from her songs about her exes to her recent enmity with Katy Perry. 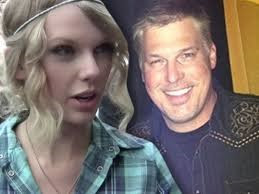 Taylor Swift has sued the well known, much hyped artist DJ Mueller for groping her inappropriately in a meet and greet event back in 2013. She is heading into a legal battle as an act of solidarity for all the women in and out of the music industry. Groping is sexual and this is wrong. Nobody can get away with it, famous or not. This woman, who has been called out for dating life and her several choices has been met with silence, even with from “Swift squad”.
She has been known to be silent during issues the world has gone gaga over. She has even been criticised for not participating in Women’s March. During 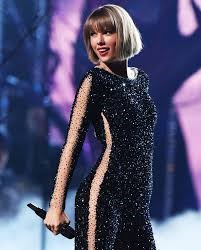 Ke$ha’s battle a few years ago, instead of voicing her support, she actually went ahead and helped her out by donating $250,000 two days after the judge denied her injunction. She was widely shamed for her silence, even after donation. By so many, including Demi Lovato who tweeted, “Take something to Capitol Hill or actually speak out about something and then I’ll be impressed.”

Mueller has been fired after receiving the lawsuit. In return, he sued Swift for $3 million dollars for defamation. Swift sued him for $1 to prove that this is not about the money. This is about all the girls who has to go through this monstrosity and they should not sit quiet. They should come forward to make sure that these monsters are well behind bars facing enough punishment to never dare think of this ever.

Honestly, I admire this woman. I admire her for strength and patience. Because no matter what she does, she never usually can win. Her actions and her choices are attacked by criticisms. And now when she finally needs the support, the world is silent. I was under the impression that, the world where I live in and in the age, feminists were loud and defensive. But never before, have I heard silence so loud.  I am scared and rightfully so.