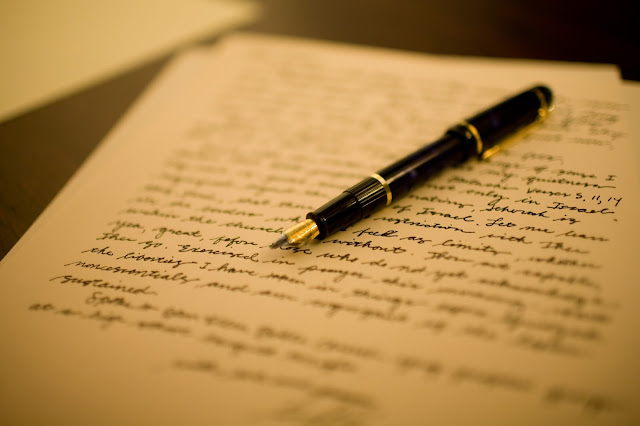 There is something intrinsically romantic about a letter. There is also something fiercely exclusive and private about it. Each letter carries a story, those which were replied to, and also those which were stuck forever in a mailbox, having failed to reach their destination. It has its own magic world. The eagerness to read, a page filled with words to reply to and again the same old thing, to wait.
You must be wondering why all of sudden I'm being such an old-school and leaving aside our tech-savvy keyboards talking about handwritten letters? Here's to why. With the loss of writing letters we have eventually lost out on people of character who were brave enough to pen down their running thoughts and weave as beautiful an art. Revealing their vulnerabilities, their emotions without a second thought. With the extinction of writing letters we forgot what it is to wait.
As we stopped writing letters we lost within us something extremely humane. Perhaps this, amongst all, is the biggest loss suffered, as phones replaced pens.
Does that mean I do not recieve heartwarming messages or mails ?
No, ofcourse not. But technology with a lot of other things gave us the power to erase, so precisely, I read what the sender wants me to read, not an extra word, let alone a loose emotion. Even I do that. So there is no trace of a word almost written and no vestige of emotion that could give away a lot.
Just, imagine on your birthday you receive a hand written letter with some amazing snaps attached to it and your favourite flowers. Won't it be a lot more heart warming and heart touching than a new gaming laptop or brand new iPhone!
Give it a thought. Till then.