- April 12, 2016
Our world is filled with complications from so many angles. We just don’t know what to do with the situation. One such complication is the concept of love.
Okay so here it comes, the brilliant situation formed by the imagination when there is a temptation giving rise to certain motivation. However sometimes there’s a degradation in the heart’s condition because of the unrequited infatuation giving rise to depression.
That, my friends is love in a matter of words. However the fact is it obviously doesn't end there. 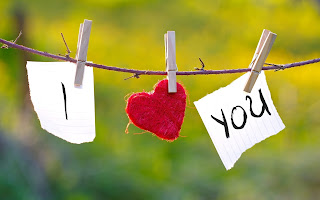 Quite frankly the words themselves strike either an “Awwww” or a “I’m really sorry but we’re just friends” depending on whether you’re that girl or not. I mean if she’s thinking that he’s not thinking of her, she feels it safe to go “Awww sooo sweet!”
It’s either that or if she feels the same, and has been hiding it so perfectly. Like you won’t believe how much she deserves a Golden Globe right now.
Well when that happens, my friend please don’t forget to treat everyone as well as the girl too (later when you’re both alone) to some pizza and cupcakes cause you just won something great, love of the person you care the most about.
It’s like whatever it is you did, whether it was the most romantic proposal ever for example let’s say you decided to sing her favourite song on her birthday and then unravel a cake which says those three words. Either that or let’s say you've gone extreme and proved to her how much she means to you. No matter how dreadfully painful that might have been to whichever parts of your body. Basically the hospital is happy. 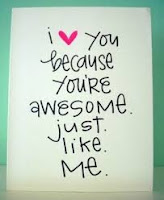 Wasn’t that just the sweetest thing you ever heard?
Like butterflies in spring with fresh air touching your skin right?
Well romance is just that, a whole endless bottleful of words and gestures which converges the lives of two people and gives the others around them a classic case of diabetes.
The way he says it and the way she reacts gives that feeling, that feeling that there is so much passion, so much closeness and so much intimacy that they were “meant for each other”.
But then: 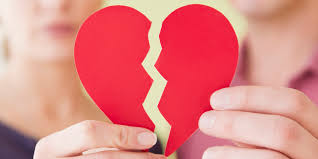 Yup! Breakup. A bloody breakup. Just when you thought it was really getting good and was gonna keep on going and will keep bringing more and more sweetness. It was going to bear great fruit…..literally. Bring more interesting adventures for them and they’d learn more together. You were just about to lock them in a room and lock the key and then throw the key into the sea when suddenly said “No need bruh”.
Then as both of them are “moving on”, one of them meets someone else after let’s say two months or two weeks if he/she has speed racer quality pitching skills.
Then the situation happens all over again. The beautiful situation based on similar imagination. Birds are singing.
Then it ends and I look up and am like “Why? Why? What do you have against my dreams man?”
Given time it happens again and you realize that there’s no end and that there’s really nothing called “true love”. It’s just present satisfaction and based on present individualities. People change along with their thought processes.
That idiot who was complimenting Jane’s lovely eyes and soft lips is doing the same with Jennifer’s. It doesn’t stay cent percent original as it’s a bit different now.
You can’t blame anyone or anything cause well everyone does it. Love isn’t everlasting anymore and hence “true” as you don’t have that “one special person” necessarily. I mean now life gives you special offer and sometimes gives you five. For those extraordinary people life gives somewhere between nineteen and twenty seven.
Love has become vastly momentary and basically complex for my understanding. However the concept of this is very simple.