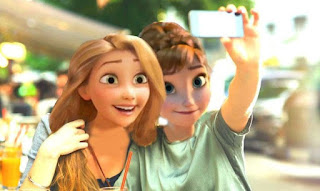 Selfie culture has led to a "wear it once" mentality among younger shoppers. Women are buying more clothes, but wearing them for less time. The numbers that show that although women are spending 5% less than they used to on clothes, they are buying 20% more of them.

Analysts say the reason for this is the increased use of social media. The fact that people upload so many pictures means that they want to look different every time… Some fashion bloggers even feel it would hurt their brand to be seen in the same clothes twice.

According to the Times, retail shops face increasing pressure to upgrade fixtures and fittings to provide the best backdrop for shoppers to take pictures and share them straight from the changing room, which social media has dubbed the"chelfie".

Both women and men, including celebrities Jessie J and Vogue Williams, have been taking pictures of themselves while trying on clothes in stores and then uploading them to sites such as Facebook, Twitter and Instagram.
The number of chelfies posted on Twitter has doubled with its increased popularity. 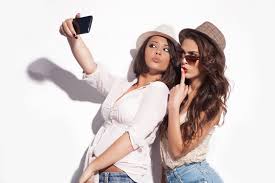 Research shows that one in seven shoppers under the age of 30 – and as many as one-third of 13-year-olds – now seeks online approval on every outfit. Women need an average of three 'likes' from friends before they buy items, while men tend to wait for at least four, the survey of 2,000 young people found.Two in five confessed they discard an outfit if it gets fewer than 10 likes. Because of this, shopping time has now doubled from 16 minutes to 31 minutes, while almost one- third of people admitted spending up to two hours choosing an outfit while they wait for likes.

Although online shopping is becoming increasingly popular, many of us still rely on our friends' approval when purchasing new clothes or accessories. But now days,  approval of social media friends is more necessary than self-satisfaction. 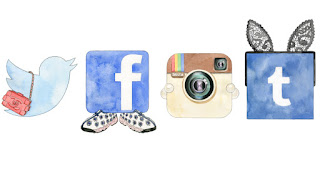