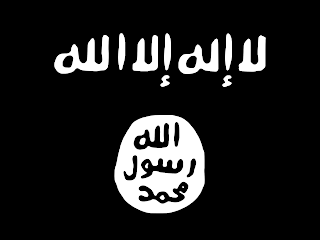 
SO Coming to the important question and its Important Answer…..

Q.   Why are People Joining ISIS?

1. Social Media: Unlike the boring monologues of Ayman Zawahiri, the current leader of al Qa’eda, they use clever propaganda videos that have an appeal to the youth. Through the internet they recruit people from across the world to go and join them. If travel to Syria and Iraq becomes difficult, through the social media they encourage the “lone wolfs” to do what they can to serve the ISIL’ cause in the countries where they reside.


2. Success and a staying Presence: Muslims see the black flag raised on expanding landmarks and they appear to be winners. They have a staying power. Unlike foreign armies who would sooner or later leave, these people are there to stay. In Afghanistan, the British came and left, the Soviets came and left and the Americans came and will leave. The Afghanis and the Taliban are there to stay. They know that Americans have no nerve for another war with boots on the ground. 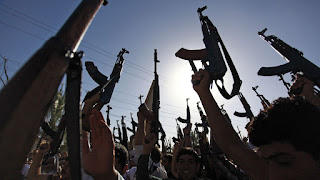 3. Proper Living: So many young men and women whether in Muslim countries or in the West have no demanding or consuming purpose for living. Living with hope for a good job in the future is a luxury that not many Muslim young men can realize these days especially in Europe. ISIL offers young Muslims what they see as a large enough purpose for living and for dying. Furthermore some Muslims in Europe feel marginalized and do not experience a place of belongingness in the countries of their residence. When they go to Iraq and Syria they get accepted as brothers and sisters who are warriors and heroes.

4. Western Societies are thought to be immoral: In spite of the abundance of church buildings in Europe and in the United States, Muslims see moral standards deteriorating rapidly as they see Americans and Europeans accepting as normal same sex marriages and people living together without being married.

5. Shock and Awe through decapitation: With their “shock and awe” strategy of decapitating some of their captives or burning them alive, they have intimidated the Syrian and the Iraqi armies. Unlike the soldiers who are in the Syrian or Iraqi armies who enrolled to collect monthly salaries, ISIL fighters are volunteers who are not afraid of death and some wear suicide belts in battles because they would rather die than be taken as prisoners. They are aiming to intimidate not only individuals and armies but even nations. Nations have to think twice before they commit to send ground forces to Iraq and Syria.

6. America’s support for Israel: A Muslim American young man was arrested on his way to Turkey to join ISIL in Syria. His reason for wanting to join ISIL was: “Why should the taxes of American Muslims go to support Israel. The government of Israel is using this money to kill Muslims in Gaza.” 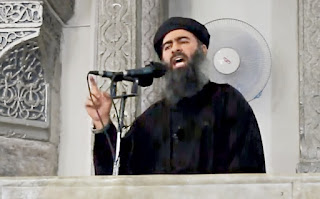 7. The Shiites: Saddam Hussein, who belonged to the Sunni minority in Iraq abused his power and treated the Shiites majority as second class citizens. The Iraq war liberated Iraq from the Sunni control and empowered the Shiites. Nour al-Maliki, the former Prime Minister of Iraq who is a Shiite, abused his power and sowed the seeds of Sectarianism in Iraq. The Sunni majority in Iraq perceive the Shiites as syncretistic or even heretical. They would rather be ruled by the Sunni ISIL rather than by the abusing Shiites.

8. ISIL’s strong financial status is attractive: Unlike al Qaeda of Ayman Zawahiri, Boko Haram in Nigeria, al-Qaeda in the Arab Peninsula, al-Shabab in Somalia, Nusra Front in Syria, Nusrat Beit al-Maqdes in Sinai in Egypt and Taliban in Afghanistan and Pakistan, ISIL has strong financial base. They have captured banks, and they sell oil, get taxes and they get easy money in exchange for hostages. Muslims see ISIL as an organization which will keep going for a very long time and cannot be disarmed, dismantled and destroyed.
9. Influence of bridge builders: There are several famous bridge builders who are well equipped to use the internet and can motivate and recruit disillusioned young men and women in the West to join ISIL and other radical groups. The most powerful bridge builder was Anwar al-Awlaki who was born in New Mexico of Yemeni parents and was killed by a drown strike in 2011 and was called the Osama Ben Laden of al-Qaeda on the internet. Before his departure to Yemen he preached at a Mosque in Virginia that had a membership of about 3000 and three of the nineteen 9/11 hijackers went to that mosque. Al-Awalaki was fluent in both the Arabic and the English language since he lived most of his life in the United States. He was a talented recruiter and motivator and he knew how to use the internet to his advantage. Nidal Malik Hasan (Fort Hood shooting) and Abdulmutallab of Nigeria were a couple of his recruits.


10. Restoration of the Caliphate: Since the death of Muhammad in 632 AD and for centuries, Muslims had Caliphs uniting Sunni Muslims, the absolute majority, all over the world. The Caliphate continued till 1924 when the last Caliph, Sultan Abdul Majid ll, in Constantinople was banished when Kamal Ataturk declared Turkey a secular republic. Since then, many Muslim yearn for a day when the Caliphate will be restored and Muslims around the world will be united under one leader like Catholics are united under the Pope. Abu Bakr al-Baghdadi declared himself the Caliph of the Islamic State and called himself Caliph Ibrahim. 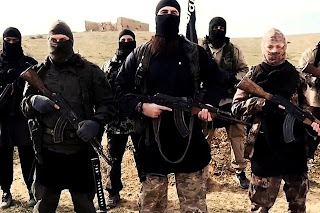 Conspiracy theories
Conspiracy theorists in the Arab world have advanced rumours that the U.S.A. is secretly behind the existence and emboldening of ISIL, as part of an attempt to further destabilize the Middle East. After such rumors became widespread, the U.S. embassy in Lebanon issued an official statement denying the allegations, calling them a complete fabrication. The rumours claim that ISIL leader al-Baghdadi is an Israeli Mossad agent and actor called Simon Elliot and that NSA documents leaked by Edward Snowden reveal this connection. Snowden's lawyer has called the story "a hoax."

According to The New York Times, many in the Middle East believe that an alliance of the United States, Israel, and Saudi Arabia is directly responsible for the creation of ISIL. Egyptian, Tunisian, Palestinian, Jordanian and Lebanese news organizations have reported on the conspiracy theory.