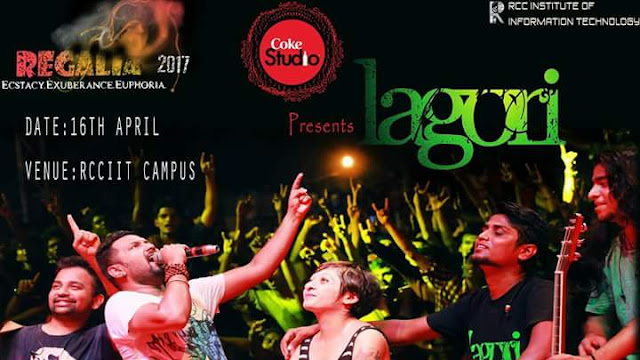 REGLIA is the annual cultural festival organized by the students of RCC Institute of Information Technology. Way back in the year 2000 when our college was completing its first year, the students took an initiative for the fest edition of the fest and it was named as ‘SPRING FEST. In the following year it got renamed as REGALIA-THE INSIGNIA OF ROYALTY. Regalia- the name that is a beacon call to all the RCCIITians or the students of RCC Institute of Information Technology.2017 marks the 17th year of Regalia and its back, bigger and better than ever before.
As a student of the final year batch of 2017,it is my pleasure and pride to present you RAEGALIA 2K17 our annual college fest extravaganza from the  14TH to 16TH of April 2017.The excitement is at its peak and the wait is almost over!! 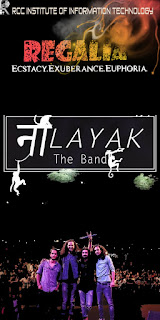 For the first time we present to you a fresh and blockbuster lineup consisting of performers who won hearts with their performances all over the country an even beyond. We will be kick starting our fest on Day one ‘Nalayak, a band from Chandigarh. Next on day two with the advent of noboborsho, ‘ When Chai met toast will, a band form Kochi, that is winning hearts all over with their soulful music will be the star performer of the night. Day three marks the final day of the fest as we build towards the end of this musical extravaganza, Coke Studio will be presenting the first act of the evening with none other than ‘Lagori. Finally DJ Van Moon will be ending the day with his electrifying music.
Other on stage attractions include ‘THROWDOWN’ The very first national street dance battle competition ever held in Kolkata, With a lineup of the top hip -hop artists from around the country , Throwdown promises to be the biggest dance event the city has ever witnessed. People from all over the county will be coming in to be a part of the event and feel the fresh vibe of the Jam. 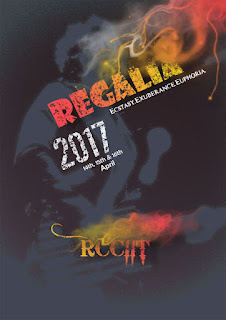 Is a fest ever complete without a band competition?? Hell no!! Regalia presents it’s Band competition “Band bash” powered by none other than ‘THE BANGLA ROCK MAGAZINE.  It’s an event that the band circle of Kolkata are eagerly awaiting. Judges for all the events will be the top experts in its field. The entire fest will be covered by ‘FRIENDS 91.9 FM’
Prizes and hampers for all the winners and participants will be there courtesy our sponsors. So what are you waiting for? Three days of unlimited fun awaits you. There will be something for everyone at Regalia.
Hurry up and mark your calendar.
Be a part of this celebration of life and welcome noboborsho in style.
Be there.
Feel the Vibe.