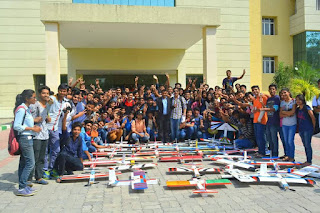 Dakshh 2017, the official Tech fest of Heritage Institute of Technology, held from 23rd-25th of March, serves as a platform for students from different colleges to show their proficiency in various technical fields. The past three days have seen a jam-packed hall with students busily working on their robots or remote controlled airplanes, gamers intently focussed on the monitors trying to get the better of their opponents, techies listening to experts offering lectures that can inspire the young generation to do something different, out of the mainstream.  The attendees really had their time well spent to say the least. 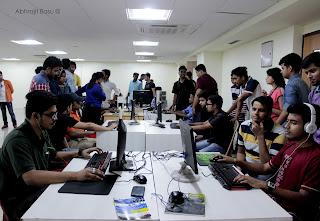 The fest was inaugurated at 11 AM in the Swami Vivekananda auditorium,  followed by a seminar on e-Gaming technology held by ASUS. Events like Xiaration, Algolympics, Graphic Kombat, Flawed, Aquatrix, Bridge-a-bridge, Circuit Speak, Petri Painting all began on that day and continued paralelly for the rest of the day. There were mobile games like Clash of Clans and Mini Militia to be played. One of the most interesting events of the fest was the antichess where chess players tried to get themselves checkmated. A “General Quiz with Tech-Biz flavour” was also organized in the auditorium. 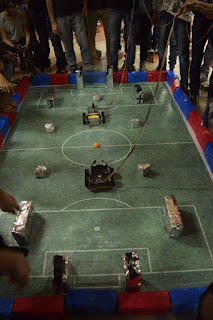 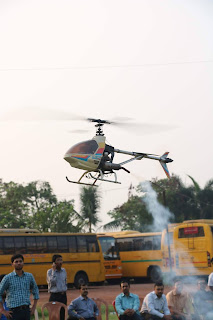 The second day of the fest was by far the most interesting day. A huge crowd gathered to play the riddle-solving event called “Sherlocked” which claimed to put you in the field of the legendary sleuth, Sherlock Holmes. The coders tried to find some way to crack the logic to solve the given problems in Algolympics. Robotic events Xiaration and Robosoccer was taking place in the Executive Hall while Trackmania and 007 was being held at SAC basement. For Adobe Photoshop enthusiasts, there was a contest called Geekortist to showcase your editing skills. The future builders had made bridges for an event called “Bridge-a-Bridge”. The adrenaline of the gamers were flushed up as they geared up for an edge-of-the-seat race in NFS, or to shoot a few buckets in CS GO In contrast to all these indoor events, there was the remote-controlled plane flying competition, Lord of the Skies. To sign off the day, an Airshow was held which resembled David Gilmour’s words “A flight of fancy on a windswept field”. The events that were left unfinished were completed on the following day. The robosoccer players tried to rule the field with their remotes in hand while the FIFA players the same with their gamepads.

The three eventful days might have left the Heritage students wanting more of Dakshh, but all good things come to an end. As of now, they should be should be looking forward to their cultural fest which will be taking place quite soon. 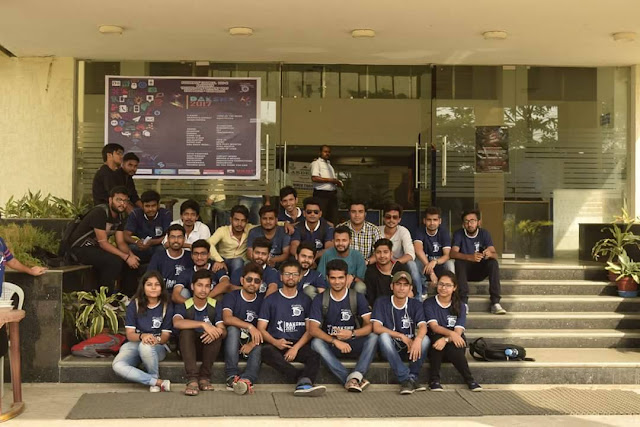