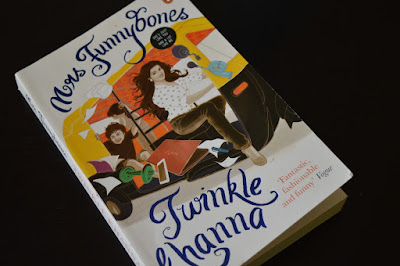 I had been in a dilemma about reading this book over an year or so. Ask me why? I have always found a better suiting book to read. Well, thanks to my boredom, Koffee With Karan S5 and amazon's sale that made me buy the book atlast. It would be wrong to say that I wasn't at all interested in the book, honestly the title was very intriguing and so was the concept that a star daughter and wife was writing something rather than being written about. That is the scene most of the times, ain't it?
It's been a while that a book has made me laugh my ass out. And trust me when I say this, you'll want to finish it in a sitting sticking your nose till you reach the end page.
It's more of a sequence of activities and day to day moments that was well thought and executed. Random, funny, and well written, every chapter is an insight into the person and her life. Twinkle Khanna may have been an actress, but her present roles as a wife, a mother, a daughter, a daughter in law, an entrepreneur, and an all rounder make every chapter that much more endearing. But she is only being thoughtful and to be fair to her, the most brutal honesty comes when she writes about herself or her alter ego - Mrs Funnybones, then she is as real as the girl you ride the metro with or your 2 am friend. But that is what makes the book an inside conversation than an account of some glamourous film star.
If you have read even one or two articles of Twinkle Khanna than you'd be familiar with her writing techniques. And it does give you some tickles of laughter. Sometimes it was quite obvious but other than that you're quite in a position of be caught off-guard.
What is great about Mrs Funnybones is that the author manages to portray life in a manner that a lot of us can relate to. Like when she goes on a walk and three men begins to follow her. Don’t worry; she manages to chase them away by running after them and throwing an empty coconut at them panting heavily and appreciating herself on her bravery. Likewise another incident maybe the small "nok-jhok" between her and her mother in law. It might be in a posher setting but doesn't imply an outlook of a Bollywood star or biggie household.
Perhaps, under all that fluffy lightness and humour, Mrs Funnybones manages to take a few digs at various topics that irk us. If one reads between the lines, one can feel certain scepticism towards some of society’s standards and practices.


Overall, I would definitely recommend Mrs Funnybones. It is a book that indulges you and makes you laugh. A thoroughly entertaining read that will not fail to entice you.