Finally Apple seems to be getting into the bezelless phones market. It is high time they did. But before beginning to discuss how it is NOT innovative and how it is shamelessly priced, let’s be done with the specs first.

Weighing at 174 grams it’s heavier than the iPhone 7 and also a little bit bigger, having a height of 143.6 mm and width of 70.9mm. It is also thicker at 7.7mm. It is also going to sport a 5.8 inch OLED display with a resolution of 2436-by-1125-pixel. Powering this beauty would be an A11 bionic chip whose capabilities I shall discuss later. In the optics department Apple has opted for a dual camera setup : 12MP wide-angle and telephoto cameras with the primary one having an f/1.8 aperture and the telephoto lens having a f/2.4 aperture allowing a digital zoom up to 10X. Both the cameras will have optical image stabilization. The camera can do certain things that I am sure pretty much no smartphone camera can do today. Trust me I am no Apple fanboy. The camera is capable of shooting 4K video at 60 fps! Even professional cameras can’t boast of that feature! Before you come bashing me let me tell you I am not talking about the hyper-expensive cameras that are present out there like the ones made by RED. I am trying to keep the discussion in the same price range. 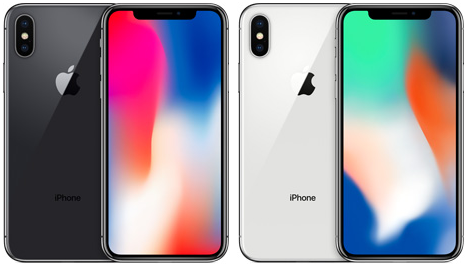 Now that all of that has been taken care of let’s come to the more interesting part. What the headphone jack was to iPhone 7 the touch ID is to iPhone X. Yes they have completely ‘revolutionized’ the way you unlock your iPhone. Now they have implemented face ID. The first time people heard that they were going to replace touch ID with face ID people were skeptical and for good reasons too. Previously phones have been implementing it in the stupidest way possible. A simple flat image of the owner could fool the smartphone and bypass the security. However the new iPhone X does things a little differently. It has got quite a handful of sensors. The dot projector shoots 30,000 invisible infrared dots on your face and then takes a picture with the infrared camera and compares the resultant 3D image with the original to see whether they match. If you were blown away with this technology and found this to be really innovative, check if any of your friend has got an Xbox Kinect. You will see a similar implementation on a grander scale. Even the Windows operating system is capable of this feature as long as you have the hardware that complements it. 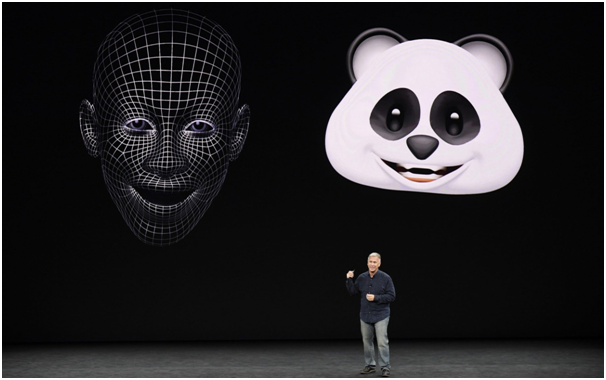 Now let’s finally talk about A11 bionic chip underneath. In short it is an efficient monster. Both on single core and multicore performance it is unparalleled. IPhones are known to have been plagued with poor battery-life. But it is safe to say those days are finally over. But take that with a grain of salt cause the phone is not out yet and my assumption is based on the A11’s performance on the iPhone 8 which has been quite promising. The most interesting feature in the new iPhone is its augmented reality capabilities that take full advantage of the monstrous processor that lies underneath. Third party apps can use the feature to make better and more immersive apps. There is also these animojis where the emoji talks the way you talk. I am eager to see WhatsApp implement this with their voice note function. 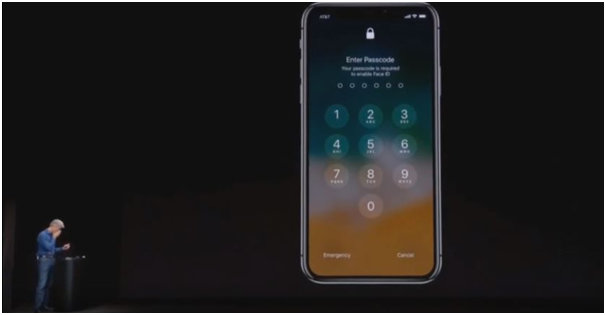 So far all seems fine and dandy doesn’t it? Except for the fact it isn’t. Let’s start with the price. Yes, the day has finally come where we shell out above 1 lakh rupees for a phone. (Oh wait Apple is not the first company to do that either.) The base variant starts at Rs 89,999. With increased storage the price goes way past 1 lakh. But that would not have been an issue for the elite - those who want the best that money can buy. The problem started with the demo itself where the iPhone X failed to recognize Craig Federighi’s face the first time he tried. What he did next spread some rumours about the reliability of this technology? He rubbed his face. It seems to be a very simple act of nervousness. But that won’t stop the theorists would it? Well it doesn’t need to be told that Federighi knows way more about the technology than we do? Any foreign particle on a surface would make light reflect or refract in a way different to what it would have had the particle not been present. We have already discussed how this Face ID thing works. So it is not difficult to put two and two together and see why Federighi rubbed his face. I agree that is is a very stupid consideration. But what can I do? Rumour has it. Furthermore the iPhone X got delayed. Guess what is to be blamed? You guessed it right; it is the 3D sensors used for facial recognition, more accurately the Vertical-Cavity Surface-Emitting Lasers (VCSEL), the key component behind Apple’s TrueDepth camera. Apple was sourcing these from two manufacturers. Unfortunately one of the vendors had not yet got the parts qualified. So Apple has to rely on one manufacturer as of now for the supply.

That brings us to the conclusion. Is the Apple iPhone X worth the 89,999 grand that it demands? Maybe for some it is. Anybody who doesn’t tinker with the phone much and needs a super high-end camera and the most powerful phone out there, might find it logical to buy the iPhone. To the others my suggestion would be to wait for the Google Pixel 2 and see what it has to offer. Last year it had probably the best camera on any smartphone and definitely ranked among the top 3. Moreover when you shoot 4K videos you need to store them right? A Pixel gives you unlimited storage for your 4K videos. So that is worth considering. What are your thoughts on the iPhone X? Let me know.