THE EYE WHICH SAYS IT ALL

THE EYE WHICH SAYS IT ALL 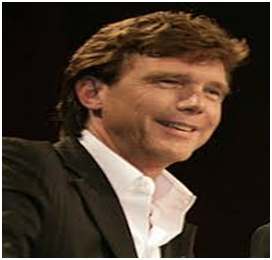 This game is a continuous challenge to one person’s mental and physical ability, catering more emphasis on the mental ability the capacity to remain calm in spite of the havoc raging in the house. Those few of the contestants who have learned and understood the pattern of the game survived on along run but those who adopted the attitude of rude insolent behavior, rash nature couldn’t make much in this house.
Perhaps it can only be said about a challenging game like Bigg Boss that it is here only that winning always doesn't  count, its more about the strategies, the ways the paths,  the diplomacies adopted to make yourself survive amidst twelve strangers, one hundred and fifty four cameras and no connection with the outside world.

In India eleven seasons of Bigg Boss have been hosted as yet, Mr. Salman Khan being the constant host of the show from season four. Out of all the eleven seasons, season four and season six have garnered the maximum interest and TRP.
A lot of comments have been raised against this show, some critics have gone as far as to infer that it’s an alumni meet of failed celebrities, in spite of such negative publicity the concept, the game of Bigg Boss have been likened by thousands of audiences not only in India but all over the world, every year thousands of recipients of this show waits eagerly for the show, which is a ready-made testimony of how well this show has been accepted and likened among the mass. So for all those people who haven’t watched the show as yet, Bigg Boss 11 (eleven) is a must watch,