Pink for girls! And, it is the rule! Gender stereotyping starts from the moment you know the gender of your baby. If it is a girl, you will naturally fill up the nursery with everything that is pink and decorate it with stickers of flowers and butterflies. You shop for frilly frocks and Barbie dolls. Unknowingly, you are putting the first building stone of gender stereotyping for a ‘perfect girl’.

India is a country where there is democracy and secularism. But, we have to go a long way to solve the gender stereotyping problems. Most of the gender stereotypes in India forces women to stay in a particular category or group. Apart from the hormonal changes, these are mainly insisted by the society.


There is always a thin line between ‘masculinity’ and ‘femininity’. Stereotyping a woman is unknowingly locking her to stay within the preset rules of the society. In all this chaos, the real self of a woman is often lost. Here are some of the most common gender stereotypes in India.

1. Women should stay at home:The toy boxes of girls are designed in pink with kitchen accessories or other home related play items. These all make her grow with a concept that women have to perform all home related tasks.

2. Women should raise children:One of the many stereotypes for Indian women is about raising children. Of course, women love being mothers, but it is not a good practice to stereotype women only as a caregiver.

3. Women should not go sporty:Women climbing tree or ladder, women running, women loving adventure; all these falls under the category of ‘no-no’ for women as a part of gender stereotypes in India.

4. Stay in rule of society:There are certain rules and regulations specifically for girls, which make them stay silent. Any woman who tries to break these rules will be considered guilty by the society.

5. Women should not raise voice:Probably this is one of the gender stereotypes in India, which still exists. Talking or laughing out loud is considered as a bad manner for women, while it has to do nothing with men.

6. Marriage is parent’s decision:Nowadays, girls have a voice in expressing their feelings and opinions. But, still gender stereotypes in India focus more on a concept that marriage is all about the decision of parents.

7. Cook for the family:Another common stereotype for Indian women is the responsibility of cooking. Indian girls grow up with a concept that cooking is something that fall under the duty of women.

8. Don’t travel late:Your son can be late, but your daughter can’t! This is one of the stereotypes for Indian women. If a woman is attacked or raped, the world will blame only the women for traveling late.
9. After all, you are a woman:Perhaps, this will be the most annoying thing that almost all Indian women hate.

Gender stereotypes in India are based on the concept that girls have to follow rules specified for girls. 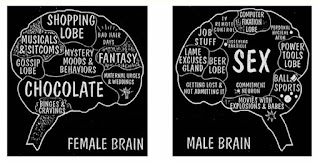