- June 02, 2016
Nonsense- A critique
So as life goes on many of us seem to discover new things while some of us clench tightly to old ones or even tend to carry on with ones which personally make no sense. 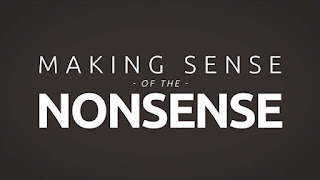 Now we all know how unforgiving criticisms are sometimes, whether you're a movie star, politician, or a big name in some other field. We have all been there or are going to be there real soon.
As part of the digital era you suddenly realize that the strongest power you have is a portable device you carry and that today's Satan is none but our own mind. At the end of the day the media is all of us, whether you say it like that or want to put it differently by saying "People commenting on a public forum" . And now as we enter the media, we become classified as "fans" or "haters". Let's stick to "critic" since we can't cover everything here.
So there are so many ways of critiquing nowadays and so many types of things that people feel the need to critique. For example how a guy and a girl having fun together needs to mean there's something more going on, I mean they were wearing matching tees last Sunday when they attended the game together. Then suddenly someone sees him absent for her party and it becomes evident in a second that a fire is burning. Suddenly you have people on one side saying "Damn him!" while you have people on another side going "Must have been her fault. She was hanging with that other guy.".
While this war is raging you have the guy and girl going "Did we miss something?".
I swear to you that when it comes to everyday critiquing the plot is pretty much the similar in all cases. People basically find new ways to pass their time, 9 out of 10 of them can be done without.
The harmless ones however go so far, the more ridiculous and annoying ones start from here. Now we can say it in many ways but I prefer to classify them via one category which is "Nonsense". Some people take "putting your feet in their shoes" way too seriously when they let other's words affect them which is logically unnecessary, or comment on someone's behavior based on something she did for some other reason, or even because of something she ate.
The level of nonsense goes higher and higher while some of us have our tolerance go lower and lower.
Now we all know celebrities face this mostly so let's take a few examples. I would like to ask how playing a character in a film means you have to dress or eat on a similar basis in real life? I would just like to say that if Robert Downey Jr would always wear metallic clothing it would be very disturbing for a lot of people including himself. Generally I think the people who engage in body shaming forget the Oscar or Golden Globe wouldn't make sense if they acted in the same way in real life. Similarly people criticizing the type of roles an actor takes. It's not very spectacular thing if a cheating wife has to play herself on screen, and besides that she wouldn't agree to do it anyway.
We all accept a concept that films aren't real however we can't accept that all films can't have the same reality. I think no matter who you are and what it is, criticizing a film cause of the nature of it's content is just contradicting at least three things that you yourself say you believe in at some point, which makes you immature.
It's quite similar when a person makes a joke targeting someone or something. It's not widely understood by everyone but there are many reasons why a joke is made and just merely to poke fun is just one of them. However that is also a big enough discussion I shall leave for another day. 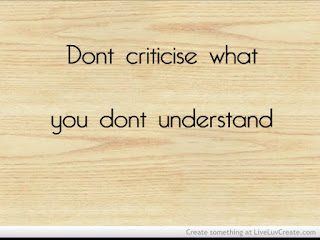 It's not to take seriously. One thing isn't shown  or told so you can actually link it to everything else and murder the individuality or sole purpose that particular content has.
I swear, next people will go "If he's been single this long, he must be gay which is not a really a good thing.". Firstly saying being single makes you gay is like saying you not having sex twice a day makes you impotent. Secondly the concept of LGBT is also a concept which is still frowned upon nowadays in certain countries. Weird thing is love for someone of for oneself is by own preference which is nurtured through not just socialization but through the accumulation of  one's individual ideology and taste. That doesn't make you ill in any way.
People need to see and understand these things. We need to stop being so slow when it comes to moving forward.