Music is My Joy

" Beautiful music is the art of the prophets that can calm the agitation of the soul. It is one of the most magnificent and delightful presents God has given us." ---- Martin Luther. 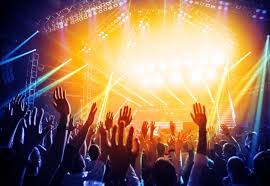 Music is composed and performed for many purposes, ranging from aesthetic pleasure , religious or ceremonial purposes , or as an entertainment product for the marketplace. When music was available through sheet music scores,such as during the Classical and Romantic eras, music lovers would buy the 'sheet music' of their favourite pieces and songs so that they could perform them at home on piano.

The word "music" is derived from the Greek word "mousike" meaning "art of the Muses" . In Greek mythology, the nine muses were the goddesses who inspired literature, science, and the arts and who were the source of knowledge embodied in the poetry, song-lyrics and myths in the Greek culture.
History of music :- 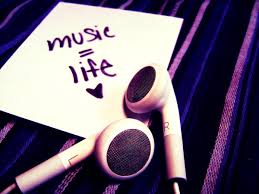 Prehistoric music can only be theorized based on findings from paleolithic archaeology sites. Flutes are often discovered , carved from bones in which lateral holes have been pierced; these are thought to have been blown at one end like the Japanese shakuhachi.
The ancient Egyptians credited one of their Gods, Thoth, with the invention of music. Egyptian folk music , including the traditional 'Sufi dhikr' rituals, are the closest contemporary music genre to ancient Egyptian music, having preserved many of its features, rhythms and instruments. 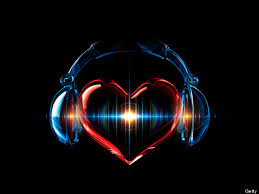 Indian classical music is the oldest musical traditions in the world. The Indus Valley Civilization has scriptures that show dance and old musical instruments. The Rig Veda has elements of present Indian music, with a musical notation to denote the metre and the mode of chanting. Carnatic music popular in the southern states, is largely devotional; majority of the songs are addressed to the Hindu deities.
20th and 21st century music :- 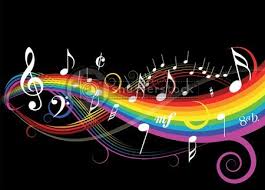 With 20th century music, the invention of new electric technologies such as radio broadcasting and the mass market availability of gramophone records meant that sound recordings of songs heard by listeners became the main way to learn about new songs and pieces. There was a vast increase in music listening as the radio gained popularity and phonograph were use to replay and distribute music. The focus of art music in the 20th century was characterised by exploration of rhythms, style and sounds. Jazz evolved and became an important genre of music over the course of 20th century and during the second half of that century , rock music did the same. 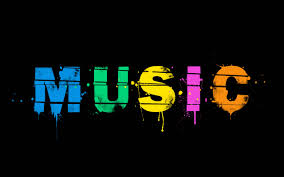 Rock music is a genre of popular music that developed in the 1960s . The sound of rock often revolves around the electric guitar or acoustic guitar, drums, keyboard instruments such as organ, piano, since 1970s and analog synthesizers and digital ones since 1990s.
Use of music other than entertainment - Music Therapy :-
Music therapy is an interpersonal process in which the therapist uses music and all facets -- physical ,emotional,mental,social,aesthetic and spiritual- to help clients to improve or maintain health. It is also used to improve learning, build self-esteem,reduce stress,support physical exercise and facilitate a host of other health-related activities. In the 17th century, the scholar Robert Burton's 'The Anatomy of Melancholy' argued that music and dance were critical in treating mental illness. He noted that music has an "excellent power....to expel many other diseases" and he called it "a sovereign remedy against despair and melancholy." 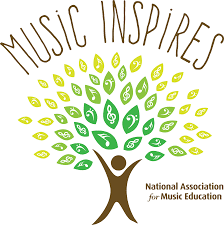 Music gives a soul to the universe, wings to the mind, flight to the imagination and life to everything. Music is a part of everyone's life. Sometimes we want to alone with music, sometimes music acts as our painkiller and for some music is life. Where words fail, music speaks!