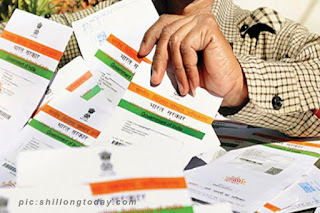 Alan Moore in his celebrated novel V for Vendetta puts the following in his portagonists mouth, "People shouldn't be afriad of their government. Governments should be afraid of their people."
With Supreme Court's judgment of making privacy, an intrinsic right to life according to Article 21 of the Indian constitution, a fundamental right, the judicial system of our country has again restored people's faith on them and empowered them.
An SC Advocate Gopal Sankaranarayanan in his article for TOI says, "I will however venture out on the proverbial limb to say this is probably the finest judgment in the history of the court." "Fundamental rights, “says Justice Chelameswar, one of the judges of the 9 bench team, "are the only constitutional firewalls to prevent State's interference with those core freedoms constituting the liberties of a human being."
This judgment has clearly carved a path for the coming generation in understanding and preserving our most basic rights. It's a remarkable decision according to its historical allusions and illustrations.
This judgment is a blow to Aadhaar as the Centre now has to convince SC that forcing citizens to give a sample of their fingerprints and their iris scan does not violate privacy.
The SC bench's judgment will touch the lives of 134 crore Indians. The apex court's nine-judge bench overruled previous judgments on this issue - an eight-judge bench judgment in the MP Sharma case and a six-judge bench judgment in Kharak Singh case, both of which had ruled that privacy is not a fundamental right .
The 9 judge bench comprised of Justices Khehar, J. Chelameswar, S. A. Bobde, R. K. Agrawal, R. F. Nariman, A. M. Sapre, D. Y. Chandrachud, Sanjay K. Kaul and S. Abdul Nazeer.
Attorney general K. K. Venugopal, who had argued that right to privacy cannot be a fundamental right, welcomed the SC decision saying, "Whatever the 9-judge bench says is the correct law," to TOI.
Not only it is the single largest bench SC ever had determining such a path changing decision, but a composite reading into the matter shows the unity among the bench to come to a common conclusion. One trusts that this healthy trend will continue for many more years to come.
A declaration that sexual orientation is an inextricable part to the fundamental right to privacy paved the path for the LGBTQ community and restoring the celebrated High Court judgment on Section 377 !
The case is a victory, but it still needs to be applied – not only to Aadhaar, but to a lot of other cases practically. This case was essentially on the existence of the right to privacy, but the true test of a constitutional doctrine is in its application. Unless it’s applied effectively, we might get something purely academic.
Raising a toast to our judges this August for giving such game changing decisions over such crucial matters and hoping for more miracles till we take our time to sink in such momentous feats.