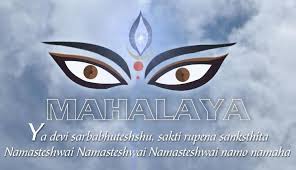 Only a week left for the grandest festival and the technological clock turned back. Replacing the new alluring television sets, smart phones, laptops, radios are back in vogue. The pre-Mahalaya period is perhaps the only time of the year when we see such a turn around in tech-clock. The old fashioned radios are pulled out of the attic and boxes. Though the modern versions are handy enough but even today many prefer to usher in the festive season by tuning into the celebrated Birendra Kishor Bhadra's "Mahisasur Mardini" on the early morning of Mahalaya. It's a scarce but many people still want to start their day with the conventional shlokas on the radio.
This year is also not an exception to this. Several shops all over the city has brought back the radio sets. Repairing had started before two weeks of this day. Sales have been brisk. The pre-puja period sees a spurt in sales and repairs every year. This sale starts on from almost the end of August.
This trend is not only confined to Kolkata but in the different parts of state as well. Demands of radio sets sore high. Mechanics make killing with innumerable customers approaching them to repair their old radios too. Most of this customers are aged men and women with very few in their Middle Ages.
But the manufacturing company's of radio sets have long stopped large scale production of radio sets. Thus when the demand rises high supply is not available in enough quantity. Though the shopkeepers try stocking up but sometimes fails to meet the demands.
Prior to Durga Puja this is a scene which is common. Waking up to the chants of Mahisasur Mardini is an inevitable part of a Bengali's life. Many people listen to the pre-dawn chants in groups. The older generation wants the younger generation to imbibe this tradition in them. This is another reason that propelled the demand for radios.
So, come let's enjoy the festive fervour in our conventional radio sets with Birendra Kishor Bhadra's, "Ashwin'er sarodo prate beje utheche alok'o monjir"