ARE WE REALLY PROGRESSING TOWARDS MODERNITY?

ARE WE REALLY PROGRESSING TOWARDS MODERNITY?

Women are prone to harassment and they are often the subjects of superstitions which are still prevalent in Indian. The craving for a male child is still present in our society despite women proving themselves to be at par with men every day! This craving is forced upon a woman right after her marriage in many families and the family members can go to any extent to fulfil their wish. This is exactly what has happened in the famous city of Hyderabad, India. A sexagenarian black magician, who duped people with fake promises that they can give birth to male child with his medicines, sexually harassed a young lady who was forced by her in-laws to visit him so that she can give birth to a baby boy. 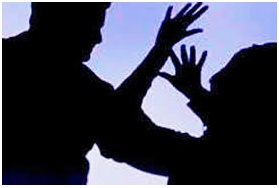 Along with the accused Shaik Abdul Raheem alias Bhai Miya, 68, the Charminar police also held a Government employee Md. Sadiq, 55, and his wife Samina Sultana. The couple allegedly approached Bhai Miya to give his medicines to their daughter-in-law Habeeba Fathima to bear male child and the black magician outraged her modesty in the guise of extending treatment. Fathima is a 19-year-old woman, who was married to Md. Mansoor. As soon as her in-laws came to know about her pregnancy, she was harassed and was forcefully taken to this black magician. However, the outcome turned out to be dangerous. In the name of treatment, he molested this woman. When Fathima refused to visit this magician, she was assaulted physically and mentally by her father-in-law as well as her sisters-in-law. Even her husband divorced her through ‘Triple Talaq’ when she became adamant in her viewpoint and refused to take medicines given by the magician.

After all these tortures and harassments, Fathima gave birth to a baby girl three months ago. After her delivery, her in-laws demanded Rs 10 lakh dowry so that she can stay with them under the same roof. However, after her lodged a complaint, the police registered a case and arrested the black magician. 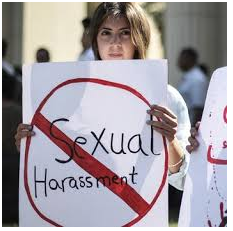 From this incident, we can decipher that women are still treated as puppets in the hands of her husband and her in-laws. She doesn’t have her own say and cannot take decisions independently. In the 21st century, when we claim ourselves to be modern, people like Md. Sadiq and his family believe in such heinous superstitions. We still have a long way to go to change the mindset of individuals like them. We all must contribute in whatever means we can to make a difference in our society!