Mind Mapping of love and desire!

Mind Mapping of love and desire! 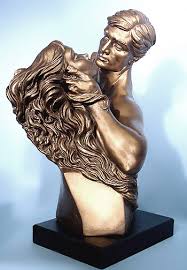 The first study to look at the neural difference between love and sexual desire finds remarkable overlaps and distinct differences.

Researchers from across the world brought together the results from 20 studies which measured neural activity for both love and sexual desire (Cacioppo et al. , 2012).

Participants in the studies were often looking either at pictures of their partners or at erotically stimulating images.

The results showed that some strikingly similar brain networks were activated by love and sexual desire.

One of the study’s authors, Professor Jim Pfaus, explained:
“No one has ever put these two together to see the patterns of activation. We didn’t know what to expect — the two could have ended up being completely separate. It turns out that love and desire activate specific but related areas in the brain.”

The regions activated were those involved in emotion, motivation and higher level thoughts.
This finding suggests that sexual desire is more than just a basic emotion, but involves goal-directed motivation and the recruitment of more advanced thoughts.

Love is built on top of these circuits, with one key area of difference being in the striatum. This area of the brain is typically associated with the balance between higher- and lower-level functions.
One part of the striatum is mostly concerned with things that are inherently pleasurable, while another part is mostly concerned with learning the connections between behaviour and rewards.
In other words: this is where you learn what feels good and start to get the taste for it. The striatum, then, is where the love habit is formed.

It’s a similar process as that involved in drug addiction. Pfaus explains:


“Love is actually a habit that is formed from sexual desire as desire is rewarded. It works the same way in the brain as when people become addicted to drugs.”