Durga Puja is the most awaited time of the year for every Bengali (or anybody who’s from Kolkata and likes to celebrate, really).
For new people in the city, here's the top to-do things during this five day long festival in Kolkata from the point of view of a Calcuttan.

1.    Pandal hopping. That's the biggest attraction of Durga Pujo in the city, exploring the insane creativity that our artisans instill in the pandals housing the idols. The themes for the pandals are diverse, and often you have to keep reminding yourself that it's just a pandal, not a real palace or ship that it has replicated. A few must visit pandals are Bagbazar Durga Puja pandal, Kumartuli Park, College Square, Sealdah Sarbojanin Durgotsav in Santosh Mitra Square, and Suruchi Sangha. 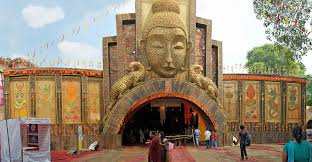 2.    Eating, duh! You can't step outside during Durga Puja and expect to dine at the Park Hotel. No, Sir. Carry a pouch full of change and stop occasionally between your pandals for candy floss, baraf ka gola, ghugni, chicken pakora and more candy floss. Then there's the food served to visitors at the pandals called bhog (offerings to the god which are distributed). It commonly consists of mixed vegetable curry, a sweet dish, a fried item, and chutney.

3.    Attend a traditional Bonedi Bari Puja. While Kolkata's public Durga pujas tend to get all the attention, the traditional Bonedi Bari pujas in the city's palatial old private mansions are also worth experiencing. The mansions belong to affluent aristocratic zamindar families who have been carrying on the pujas for centuries. Two noteworthy ones are Sovabazar Raj Bari and Rani Rashmoni Bari. 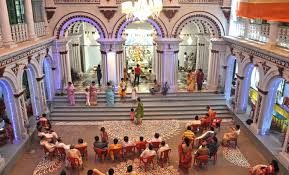 4.    This is my personal favourite thing to do, because it has been my childhood ritual. Hire a rickshaw and go around the city late in the evening, (not too far, of course.) just to watch the spectacular light works. Kolkata in Durga Puja is lit up like your face when your crush asks you out. 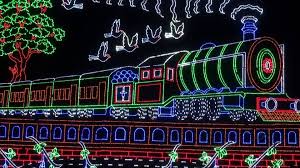 5.    See the immersion of Durga idols.On the last day known as Vijayadashami, the festivities commence with married women placing red sindoor on Goddess Durga. They then proceed to smear it on each other (almost like a Holi throwback). In the evening, the idols are immersed in the water as Maa Durga returns to Kaailash. One of the most popular immersion points is Babu Ghat, centrally located near Eden Garden. 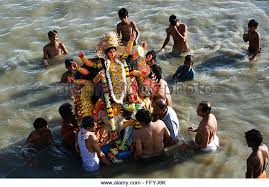 A couple more features of Durga Puja, although not restricted to Calcutta, is listening to Mahalaya at four in the morning and giving anjali on Mahashtami, in traditionals, with a matching S.O.

All in all, it’s that time of the year when the Bengalis show the rest of 'em how to really party.